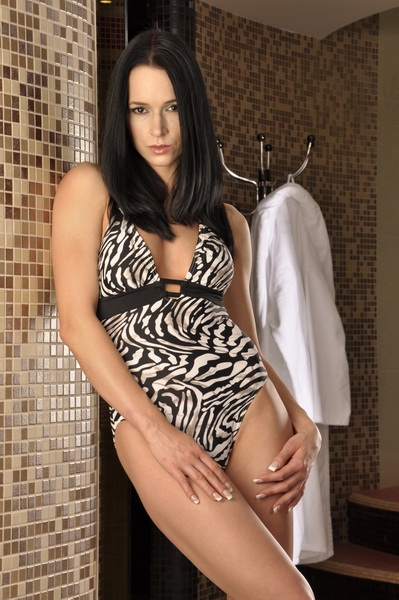 I had a party at my house recently.  It was just a small group of friends.  We drank and of course, someone produced a bong so we got high as well.  Once it got late, everyone left except my friend Jack and a guy we had just met that night named Mitch.  He was a friend of a friend of a friend who was at my party.

Mitch was talking about his job or some such thing and he suddenly shifted on the chair, sort of lifting his ass a little to get more comfortable.  When he did that, I noticed that he had a pretty sizable cock.  He was wearing loose, fleece athletic pants and was obviously not wearing underwear of any kind.  I couldn’t help but lean forward a little to get a closer look.  The head was very clearly sitting on the middle of his thigh.  I tried to estimate the length and concluded it was approximately 11 inches long.  I wondered if Jack noticed too.

I glanced over at Jack, whose face was now slightly flushed and he had the tiniest smirk on his face.  Yes, he had noticed.  Now what to do about this?  I’ve always believed that being direct is the best way to go.

“Hey, Mitch…” I interrupted his story about his job.  “I couldn’t help but notice that you have quite a big dick under your pants.  Do you mind taking it out so that Jack and I can have a closer look?”

Jack gasped and slapped my thigh but when I looked at him, I could tell he was excited to see it.  Mitch hesitated for only a second then said, “Sure.”  He stood up and pulled his pants down to his ankles.  It was glorious, his cock.  Thick, long, sturdy looking.

Mitch casually gave his cock a couple of strokes and held it out to display it for us.

I clapped my hands a few times.  “Very nice.  Do you think that Jack and I can suck that for you?”

“Yes!” Jack blurted out.  He fell on his knees and crawled over to where Mitch was standing and without another word, his mouth was all over it.  Mitch didn’t even seem surprised.  He leaned his hips forward, with his hands resting on his lower back, looking down at Jack as he bobbed his head up and down that perfectly huge cock.

Jack was working hard.  He’s such an excellent cock sucker and I stood close by, watching him devour the meat stick.  After a minute, I knelt next to Jack and leaned my head forward to have a taste.  I laughed when Jack covered it with both hands, possessively, not letting me get near that cock.  He had just claimed it as his and was not going to share.

“Fine.  Have it your way, Jack, you greedy cock sucking man!  I’ll just have his ass.”  I crawled behind Mitch, spread his ass cheeks wide apart and began to tongue fuck his brown asshole.  Mitch moaned loudly as he enjoyed Jack’s mouth on his cock and my tongue all over his ass.  He rocked back and forth, riding our mouths, moaning and grunting loudly as Jack and I worshipped his cock and ass.