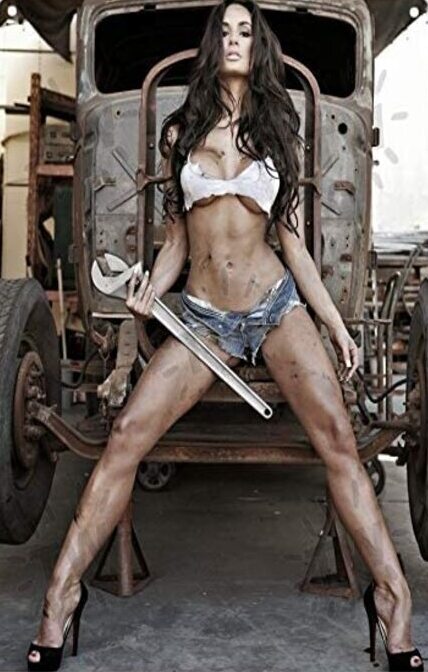 A late night abduction in the woods is a nightmare scenario, right? Well, that all depends! Sometimes, a girl goes into the woods with fear and trepidation, at other times, we do so with bold lust! Guess which one I was going looking for tonight? I’d had a fight with my boyfriend and jumped out of his car looking for a place to hid out and chill for a while.

I was deep in the hollow when I spied a small makeshift cabin down under an overpass created by fallen trees. But, there it was and I felt a little bit like Joey Locks finding a hidden treasure in the bear’s lair. The LAST thing I had in mind would be a late night abduction in the woods! I wasn’t scared, per se, but it gave me the willies anyway.

A Late Night Abduction Might Be What I Need!

However, all of those thoughts went bye-bye as my eyes fell on a pair of men’s trousers. And they were HUGE! It made me instantly think of Shrek! Now, usually, big is GOOD for me, particularly during a late night abduction. But, even my tiny pussy clenched at the thought of the damage a dick like that would do! I had to divert my thoughts because I now noticed that darkness was creeping in…

I went for the ramshackle doorknob and before I could turn it, it burst open to a sight like none I’d ever seen before! It was… I’m still not sure what it was! But, it was MASSIVE. Hair covered the entire body, INCLUDING its dick. Rock hard and about ten inches, it protruded from his groin throbbing and dripping and the look in its eyes? Oh! Total human, carnal lust.

The memory of my late night abduction still calls to me. He was at least a human man, albeit a huge one and unkempt. His fingers were like leather gloves as he reached out to stroke my nipple. Then, he pulled roughly at them and devoured them as if trying to milk them. Should I admit that it turned me on CUMpletely? Well, it did.

He was on me like a shot and before I knew it, my head slammed to the wood floor with him on top of me. He was a beast of a man and the air left me as I faded into unconsciousness. As I came to, I felt him busy at his work and grunting as he did so. What work? Oh, he had removed my clothes and was midway through licking my entire body like a… well, like an animal with a bone. He already knew this was a late night abduction. Slow me on the uptake!

I was plotting my escape as I felt his tongue slide deep inside my pussy. I could have tried to deny it, but there is no other way he could slide that mammoth dick into me without all that wetness. Haha. He struggled to get it all inside me but, DAMN! That shit gets GOOD! My body responded.

I Heard My Name Off in the Distance For Me…

I’m not cumplaining. He treated me well, but I had to work for everything he gave me including that dick! Now, I talk about it in my fetish phone sex!