Story Behind Cabin Sixty-Nine Ghost Girl! Bringing Me Back to Life! 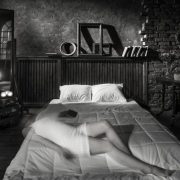 The story behind Cabin sixty-nine ghost girl is about to be revealed. Dying as a virgin is really embarrassing. I had wanted to keep myself pure, met a great guy, and on the first day of our honeymoon, we fell off a cliff and died. Going into the afterlife with no sexual experience kept me out of all the best clubs in the afterlife, plus I couldn’t go farther than 100 miles from the site of my death. Don’t ask me to explain the rules, I just follow them. I don’t know what kept me tethered to what would have been my honeymoon cabin but for some reason, I kept coming back there. It was the only place I could experience physical sensations. Normally, when I’m traveling around observing my surroundings, I am ethereal. However, when I’m in Cabin 69 I can feel again.

What if you knew the story behind cabin sixty-nine ghost girl?

Let me tell you, after 6 months of transparency, being able to feel the hot water of a shower on my skin was awesome. I would drop by the cabin every 2 or 3 days to take a shower and play with myself, hoping against hope that I could find someone to relate to. For the longest time, nothing. Then one day, while I was taking a shower I heard someone enter the cabin. That’s when I met Tyler and my afterlife truly began. I don’t know why he could see me, but the time we spent together was awesome. Waking up after having lost my virginity, I felt myself being pulled away from the cabin. It was agony. I wanted to stay in his arms, feel that closeness, and yes, fuck a lot more. It was then that I realized it had been exactly 1 year since I had died. Could that be it? Could it be that I could interact with the physical world on the anniversary of my death? I would have to wait an entire year to find out.

All the ways to find a Story Behind Cabin Sixty-Nine Ghost Girl.

They say time is a universal constant. But, let me tell you when you’re waiting to get laid, a year can seem like an eternity. So, in the days leading up to my “deathday”, I was plagued by doubts. Would Tyler be at the cabin again? Would it be some fat, ugly old fisherman? What if it was a woman? The uncertainty was making me crazy. Finally, the day arrived and I almost had an orgasm when I saw Tyler’s car pull up in front of the cabin and he got out carrying a small suitcase, a bouquet of flowers and a bottle of champagne. He remembered me!!! I flew through the roof of the cabin and was in his arms before he could put any of it down. My arms wrapped around him and did not pass right through him; I reveled in the feeling of my nipples getting hard and my pussy getting wet.

The story behind cabin sixty-nine ghost girl amps up!

“Joey,” he said “You’re back. I was afraid you wouldn’t be here, but last year was the best night of my life; so I had to come.”
“Not yet, baby” I replied, “but you’re going to. I’ve waited so long for this. I had no idea if you would return, but was hoping and praying you would”.
He dropped his stuff on the sofa as I ripped his shirt off and yanked down his slacks, swallowing his cock in my mouth and tickling his balls with my tongue. God, I had missed this. His smell, his taste, the feel of his cock getting longer, thicker, and harder in my mouth. Hell, I even liked licking his hairy balls! My desire was overwhelming and before he knew what was happening I had sucked a load of cum right out of his balls.

“I guess you missed me too” he gasped, looking down at the scratches my nails had left on his thighs. “My turn” he smiled, as he grabbed a handful of my hair, spun me around, and bent me over the kitchen table. Lifting up my skirt, he grabbed my shoulders and slammed his cock all the way into my tight, wet pussy. Drilling me like a piston in an engine. The feel of his cock slamming in and out of me was too much and I squirted all over his cock, balls, thighs, and the kitchen floor. Both of us panting as if we’d just run a marathon! We staggered into the bathroom to take a shower and prepare for a night of bliss. This was a surprise sexual encounter worth waiting for.
We lingered under the shower, cleaning each other inside and out. Naked, Tyler carried me into the living room and laid me face down on the king-sized bed. He lifted my hips up and started licking around my tight asshole. He’d run his tongue around it, over it, and then use his thumbs to spread my ass cheeks apart and drive his tongue into my back door. A sensation unlike any other. I found myself giving in completely to it, pushing my ass back onto his tongue loving the way it felt snaking around inside my ass.

More of the story behind Cabin Sixty-Nine Ghost Girl!

I was sad when he removed it, but only for a moment. The next thing I knew, his cock was pushing its way into my ass. Filling it up completely! As he thrust his cock in and out of my ass I marveled at how right it felt. Moreover, he was a marvelous lover. Never too fast or too slow, always at the right speed; the right amount of force to make me float away to a world of perfect sexual connection.
“Tyler, can we do this every year?” I asked.
“Joey, if there was a way, I’d be happy to do this every day!” he chuckled. Then, he asked for my number and when I gave it to him he looked at me and said, “I meant your work number! I’d love to do this during the best phone sex and see where we can take things.” His words hung in the air like a cartoon balloon. I smiled and kissed him again.

So, you want to hear the true story behind cabin sixty-nine ghost girl? Call me.