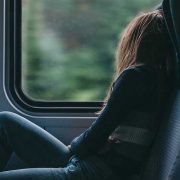 Who would think I’d have a surprise sexual encounter while on a business trip to Mumbai? As the point-person for my company at the annual meeting in India, I was sent there to present the much-awaited product to an international company simply named Sharma (Joy in Hindi). I’m very good at what I do and am as self-assured as Floyd Mayweather before a major bout. But, I have to admit, I was a little nervous. So, I find myself, on the Mumbai Metro working through my speech in my head and trying not to speak out loud like a nut-job. LOL. With the recent outbreak of the virus made me scared enough. But, traveling on the metro was very crowded with barely any room to breathe.

There’s an unexpected wonder, though. I had just settled in on a very crowded commuter train relax. Being new to the country was stressful enough and I had been warned that there might be a train strike to top it off. I sat on the crowded bench across from an empty seat. “Great,” I think. “I’ll just scoot over there.” So, just as I stretch my legs out to make the move, a handsome man approaches, fumbling for what looks like something important in his attaché case. He sat his happy ass right down without giving me so much as a sideways glance!

I looked at him with a blank expression on my face as he finally glanced up at me.

I let out an audible sigh and gave him the “asshole” look. And, he just smiled back at me. “I’m Josette,” I said in an airy voice that did not mimic the look on my face. The train jolted forwards, and I lost my balance as one of my legs went jutting forward. He had lightning-quick hands and cupped my knee as it aimed for his cock! He steadied himself on the back of his chair with an outstretched arm.

“I think you better sit down before you fall down,” He said patting a small space on the bench next to him. Then, we lurched again and I felt like the whole train car might flip on its side. I looked up just in time to see the side of the ‘Sharma’ building and scramble to pull the stop cord. One more lurch and we stopped. I was gonna need to find an Uber for the ride back to the hotel! And after seeing him, I might even need some Mumbai version of hot phone sex!

I walked along the two blocks to the Sharma building and had a feeling of being watched.

As I turned to walk into the building, he was there again! “Hey! Aren’t there laws here against stalking?” He smiled and held the door for me while giving a flourish of his hand and I marched inside with a huff. When the elevator dinged, I entered while looking around for him. He was gone. Hmm. Good! In the meantime, I left the lift and took a deep breath and walked into the conference room to a huge crowd of applause and made my way to the podium and knocked them dead with my presentation. I took an auto-rickshaw back to my suite at the Sofitel and slipped into the hottest shower ever, then into my silky robe.

A knock at my door made me smile. I was starving and I needed a good, stiff… DRINK! Giggle. I opened it smiling and then, froze in place as I recognized him from the train and the Sharma building! “Sorry. Wrong room.” I said as I tried to slam the door. The old foot in the door was known here too, huh? Maybe he’s looking for a final sexual purge! Oooh.

Was this going to be some kind of freaky, surprise sexual encounter?

Coupled with that, he pushed the door open slowly, but showing no sign of force. Simultaneously, I backed up since there wasn’t much else I could do.

“Josette… Are you looking forward to the board and shareholder’s meeting tomorrow?”

“You can call me Joey,” I said, barely above a whisper. I flicked my hair behind my ears as he stared at me with those smoldering brown eyes.

“Not really,” I interrupted him. “I was hoping for a relaxing weekend with a few glasses of wine, to be honest.”

He loosened his tie and crossed his legs. Damn! That was a fine suit he wore and his cologne was like a magic tonic. ‘Pull it together, Joey!’ I thought to myself.

Here I was thinking I’d be stuck with a boring few days in a strange land.

“I’m sure we can find time for a few drinks,” he said with a heavenly smile.

We spent the next hour or two exchanging small talk as I try to remain vaguely interested in what he had to say. I flopped back onto my bed careless to the fact that my little robe fell open enough to flash some serious thigh. He stood and climbed on top of me on the bed before I could think to say anything.

Suddenly, his legs slid between mine pushing my thighs apart. Meanwhile, I started rubbing his dick through that gorgeous bespoke suit.

For the most part, I was taken aback; stunned and a loss as to how to react. I knew what I should do.

However, I should be professional and stop this right now! But, the sneaky little bitch in me wouldn’t let that happen!

So, I went on stroking his hardening dick and he caressed my thigh.

Then, he grabbed the back of my head and pressed his lips firmly against mine. “I’ve been dying to do that ever since I watched you wow the staff at Sharma” he said breathlessly. By the way, my name is Om. Om Sharma. Oh, shit! My embarrassment was now on full display. Great. So, I have just fucked my own career! He’s the fucking owner I came here to charm! Well, if the boss man wanted some playtime, he’d get it… In SPADES! But, I might as well make my job loss a hit!

He was in for a surprise sexual encounter like he’s never had!

So then, I slipped my robe off, my hair flowing down over my silky smooth skin. He stared for a moment, taking in the stunning view standing there in front of him. My body screamed out for him! Accordingly, he came to me and grabbed my shoulders pushing me back against the door and we passionately kissed. I wasted no time releasing his beautiful cock. I grabbed his throat my throat and said with lustful venom in my voice: “Don’t be gentle with me! ”

“But, I want your cock to be the first thing inside me.”

So, I let him rub my clit and I released my hands from over my head. Without hesitation I took his head in both of my hand; thrusting my tongue deep into his mouth. All in all, I wondered how rough he wanted me to get?

Just then, I wondered whose surprise sexual encounter this was going to be.

So, I slid my hand between my thighs and back up again, pushing two fingers into his mouth so he could taste me. I taste so sweet, just like pineapple, and he wanted more. And, I could see it through the lust in his large brown eyes.

Then, he began to devour my clit, being mindful of my request for that dick to be first inside me.

“Let me feel you inside me!” I moaned.

Moreover, we were facing each other, and I grabbed his cock, pulling him towards me. I felt the tip of him entering me and I loved it. His cock eased it’s way deeper inside me and I wanted  to stay there forever.

I’ve never felt my body quiver that way before. This indeed is a surprise sexual encounter, for sure!

So, he slipped that fatty back inside me again and moved slowly in and out for a moment.

“Can you squirt again, Josette?” he asked.

Furthermore, I pushed him back on my bed, and mounted him hurriedly. I could feel the pressure building in that woody.

“FUCK!!” he yelled as he fired off his load, hard.

Thereupon, he leaned in with a thumb on my clit and pressing it hard as his tongue dug into my sweet, dripping pussy.

“Best. Business. Trip. Ever” He mumbled into me.

So, for my next surprise sexual encounter I’ll pull a few more tricks on him. However he likes it, I’m going to give it to him.