Final Sexual Purge. One Night Only To Fuck Till You Die! 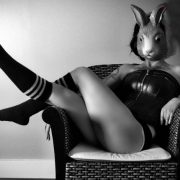 Final Sexual Purge. One Night Only To Fuck Till You Die!

First of all, let’s rewind back to this morning. No. Not when YOU woke up all comfy and cozy at 7 AM. But, the real morning, you know a minute after the cruel desires of midnight. Yum yum! Yes. When you woke with a woodie just thinking about the first time you purged in public. Let it settle in, Lover. It gets soooo much worse. And, you get to think about it now before the sun dips behind the horizon and it gets ready to begin anew. Yessss, the tingle. Let it get hard, then get to ready to join me.

Maybe even a few you’ve never let invade your consciousness. Let them in just this one time. There you go! Now, stay there for me as I read you a naughty bedtime story! So, this is the story of how I fell into purging. No. I’m not one of those who has all this pent up sexual frustration. But, I’m always down for a good sexy tale, and so are you. Let’s jump into feeding darkness and free ourselves, shall we? (wink)

I had the perfect mask and shoulder holster on. Nothing else until you got to my sexy, strappy, heels. I was as smooth as the day I was born, save for a well-placed arrow carved skillfully into my pussy hair and pointing down. Standing in the mirror and taking myself in, I flipped the painted white mask with dripping mascara and ghoulish red lips back and looked at my real face, barely any makeup at all and I smiled. “This is gonna be a fucking good night!” I blew myself a kiss in the mirror before turning toward the door.

I felt something wrong before I turned the knob.

But, I turned it anyway. Bummer. He rushed me like a charging bull and threw me back inside my home and onto the entry hall floor. I was stunned, but, I’ve had worse at the boxing gym, so. He’d stunned himself as well by the looks of him. We both struggled to regain footing and I beat him to it. I reached for my blade and only felt the giant dong I had put in it. The final sexual purge is a no weapons night of lust and NO bloodletting. It’s an all-out rape-fest, but no weapons can be used and no murdering anyone. Now, if someone happens to bite the apple “during the commission of such sexual activities as prescribed and approved by the law”, blah, blah…

I’m strong as hell, but even I know there are differences in men and women physiologically and his next blow caught me in the solar plexus and I fell onto my bed. He was on me in a flash and had his cock locked and loaded for me! I turned my head and prepared… Oh, I know you think he took me and had his way, right? Wrong. I enjoyed every minute of him, though, he could have been a bit larger. He was still a good lay. So, what’s a final sexual purge without some quid pro quo? Giggle.

My turn for the final sexual purge now, fucker!

Finally, I turned my face back to him so he could SEE my satisfaction. I lifted my mask and smiled at him in defiance. Then, I laughed out loud, which seemed to piss the fucker off! He slapped me hard and I wiped a trickle of blood from the corner of my mouth. I spit the blood inside my mouth right into his face! He was momentarily startled, but that was all I had needed. I used my thighs to lock around his waist and in a moment’s notice, turned the tables on my fellow purger. Landing on top and immediately wrapped my paracord attached at the post around his wrists. What? It’s none of your concern as to why I have paracord just hanging there! Haha.

The look in his eyes said it all, he knew from having been inside my sweet pussy, so he knew he was done for. I sucked and fucked, rode and strapped-on and took him on a howling ride of bliss. With my pussy on his face, I heard his pitiful cries for mercy and ground harder down. Finally, I lifted off and saw him drooling my pussy juice, so I turned his head to the side. I’m not trying to kill anyone; even if it is during the commission, blah.

“I’ve got time for a second go-round”, he stood in the door still wobbling a bit, but eager for more. Crazy ass! LOL.

I simply smiled and spread my thighs wide. “Warning. Men have overdosed on me before…” However, I could tell he was determined to redeem himself and I let him try. LOL. As he humped like the vile fucker he was, he started to squirt again, and I clamped down hard on his cock. Then, I felt him jerk and then he twitched, and finally – nothing. He was stock still, then I felt him come slamming down on my back like a sack of potatoes and flattened me. I managed to get one breath in, slowly, like I was in a deep-sea freedive without warning. I got his clothes on him and with the help of some fellow purgers, got him the fuck out of here!