Slave Boy Gets Bought By The Wrong Crowd ♕ 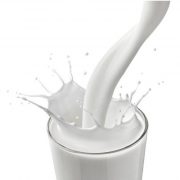 Slave boy gets his bubble burst

Slave boy has been training and fantasizing about this day forever.  What day is that?  The day his mistress sells him to his daddy.  He’s been such a good boy, learning to throat any-sized cock he has to.  Sucking, slurping, choking, and gagging (or not gagging) is all he’s ever known.  He’s had his fair share of who his daddy could be.  Maybe he was a strict but loving daddy that would feed him cum and snuggles every night. Perhaps he was a bit of a Christian Gray and would beat him a bit before making sweet love to his little boy pussy.  Slave boy could take it.  His mistress has disciplined his tight little behind more times than he could count.  He was ready for anything.

Slave boy’s heart is pounding.  His mistress has found a seller and his back pussy can’t wait to meet him.  Blindfolded, he doesn’t even know where he is.  He can hear the sound of heavy traffic, so he must still be in the city.  Anyone with enough money to buy someone must have loads of money, though.  He imagined a substantial penthouse where luxurious S&M faggot parties would be thrown just to for his Master’s friends to get a chance to try out the new meat.  The car slows, and slave boy swallows.  This was it.

He could tell he was being led down a dark alleyway.  He could smell garbage and hear sirens.  That was okay.  He’d heard from the other faggots that rich guys tended to keep what they did under wraps. A graffiti-riddled, inconspicuous door that only opened from the inside could still easily lead to a classy lounge of bitch-tail.  Slave boy was patient.

“You’re going to be good for your new master, aren’t you?”

“I’ve trained you well.  Don’t you embarrass me.”

“Good.  Keep walking until you reach the end.”

That was the last that slave boy heard from his Mistress again.  A door creeks open, and the slave boy expects to listen to a dark, sexy voice telling them to come in.

“Ey, yo!  The bitch here.”  Instead of Mr. Gray, the slave boy hears this ghetto man laugh as he’s pulled into a weed-stinking, hood-rap boosting, club-type place.  The blindfold comes off.  “Took yo faggot ass long enough.”

This had to be some kind of mistake

Slave boy is facing down dozens of exposed, black cocks at various tables.  There was no way he was meant for this!  The cocks were so nasty-looking.  So veiny!  So…juicy.  So thick and dirty.  Pulsing ball sacks itching to fill his little tummy up with baby batter.  Dirty cock heads in need of oral cleaning.  Nasty taints that his face was going to buried in.  Slave boy’s little clitty was getting hard.

“Gotta suck it.  Gotta suck it!”  His conditioned brain kept repeating as he tasted one salty, sour fuck pole after the other.  These dirty horse cocks belonged on a farm.  Instead, they were in his mouth being sucked clean by the little cock whore that he’d practiced so diligently to be.  Then the ass-raping began.  “That’s it!  Please rape my white, fuck hole, Masters!”

This was reparations.  How dare he be so entitled to think he even deserved a rich Daddy when there were people on the bottom who needed nasty, white cum-dumps like him, too.  It was his duty to drink and swallow whatever they gave him, too.  Down the hatch.  Every last drop.  If they needed a toilet, he’d be that toilet.

“Yeesss, Daddies,” he found himself saying as he washed down another load with hot, salty lemonade.  He made sure to thank every last one of them.  His head was getting woozy.  Was he literally being fucked stupid?  Maybe.  He couldn’t think of anything else but making his new Masters happy and wanted to be bred like a new, virgin wife.  He now knew his place in the world.  Fuck, Mr. Gray.  Slave boy wanted Mr. Black.  I’ve trained him well.

Are you like a slave boy?  Do you need to be treated like a little whore for BBC?  Call my phone sex line, and let’s whore your ass out.