Chastity:  What Happens When You Let A Big Black Cock Fuck Your Wife ♕ 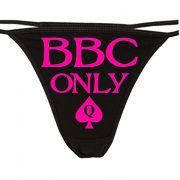 Chastity is the fate of all cucked husbands

Chastity is in your future, baby, and I don’t need to be a fortune teller to tell you that.  If you’re 6 inches or less, I’d think twice about opening up your relationship in order to ‘be fair’.  I know one chump who did exactly that in order to make up for the fact that he had a midget dick.  Mark’s poor wife has settled for his short, stumpy dicklet for, like, a decade.  She insisted it was ‘fine’ and that she still loved him.  Boys, a word of wisdom from me to you — NEVER assume things are fine when your girlfriend or wife claims they are.  I can just imagine her pounding that neglected pussy with the biggest dildo she could get her hands on every night.  Every woman has her limit, and eventually, she’d agreed, against her vows, to give a new cock a try.

Now what black man wouldn’t take up the calling to fuck a desperate white man’s wife?  David was all too happy to ‘help’.  In fact, he’d had his eyes on Mark’s wife for a while seeing as how they went to the same gym.  Watching the tight, milky body stretch and those huge tits heaving in those revealing workout clothes would get any man hard.  It wasn’t just one way, either.  There was a twelve-inch not-so-well-kept secret tucked away in David’s gym shorts that literally was too big to ignore.  How do you hide twelve inches of fuck-meat?  You can’t.  David was Mark’s wife’s only choice.

The point of no return

Yes, it was.  Pretty soon, Mark wasn’t even invited to watch anymore, nor was he consulted on any other matters.  Like when David moved in.  It made sense.  The two saw each other every day and fucked just as often.  Why should he be the one to leave?  Mark now lives in the basement where the closest thing he gets to action is listening to his old bed squeak as another man cream pies his wife yet again.  You’d think that’s where the story ends, but you’d be wrong.

Bitches do the dishes

You don’t keep a cucked husband around without putting him to SOME kind of use.  Mark’s love-making days are over, but he still gets to make breakfast, lunch, and dinner every day.  He also gets to forfeit his entire income to the other two.  If he’s good, he’ll be given a meager allowance.  If not, his ass is in for some punishment.  I’m talking belt-on-flesh action.  Then he gets to make it up to David by licking his balls while he watches TV.  His cock was so useless at this point that it only made sense to lock it up.  Letting it get hard at the thought for his wife’s creamy cunt was just cruel anyway.

Well, what always eventually happens cream pie after cream pie after cream pie?  Yup.  There’s a bun in the oven!  And Mark gets to be the ‘manny’ of the house.  Not only will he be cooking and cleaning, but he’ll be change diapers and rocking the baby to sleep at 3 am while the other two rest after a long evening of fucking.  It’s going to be pretty embarrassing running into family friends with a brown baby.  But that’s what happens to pathetic cuckolds who decide to have an open relationship.  Let his story be a warning to anyone else thinking about doing it.

Afraid of Chastity?  Already in chastity?  All are welcome to call my phone sex line to vent your frustrations.