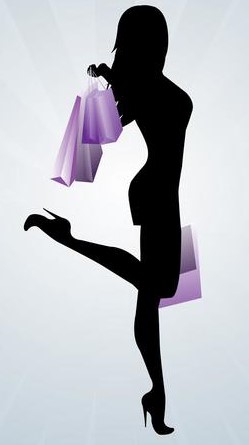 Would You Perform Oral Sex to Get A Deal on Black Friday?

Terry said she was going to go Black Friday shopping.  I thought she was insane.  I didn’t judge too much as I have been known to do some of my own Black Friday shopping.   She called me on the phone the next day and told me all of the juicy details.  She was in line when the doors opened.  Once the doors opened, people ran crowding the doors trying to get into the store.  There must of been over a hundred or more crazy shoppers wanting to get their greedy hands on something.

Terry ran down the aisle, she had a list of things to get.  Terry had been talking non stop about a new TV.  She saw the TV’s up ahead.  She ran, her cart’s wheels squeaking in her rush to get to the aisle.  There it was, the TV  of her dreams.  As she laid her hands to grab the box Terry felt resistance on the other end as if it were stuck.  She looked sideways to see a burly dark skinned man trying to put the box into his cart.

She angrily demanded that he let go of the box at once.  No matter how she stamped her pretty little heels and tossed her auburn hair, he kept pulling.  The dark skinned man was very tall, muscular, and I’m sure well equipped.  She begged and pleaded and promised him some cash if he would let her have the TV.  He said an arrangement could be made.  They both went halves on the TV and walked out to his car.

Once outside, he had her go to the passenger seat.  The man said you want the TV I want a blowjob.    Did he really mean she would have to perform oral sex out here in the parking lot?  He said hurry, it will be dawn soon and more people will show up.  He said if you do well, I’ll give you the TV.  She quickly dropped to her knees and unzipped his pants.  She looked in astonishment as his thick black meaty dick popped from his pants.  He didn’t wear any boxers or underwear.  He brushed his cock against her smooth white face.  She hungrily took his dick in her hand and started to stroke his cock.

We got down to business!

Terry licked the veined head with her pink tongue and took the whole bulbous head into her her mouth.  Her head went back and forth and the length of his ever growing cock choked and made her gag, and her eyes water.   He moaned and rocked his hips back and forth pushing against her mouth.  Terry stroked and sucked as if her life depended on it.  She was picturing the lavish TV in her parlor.

Just then his screams of pleasure filled her ears as he grabbed her head and said almost there!  You love the office gossip, I can tell you hot stories that will make your head spin.   There’s a lot more Terry the office slut did, naughty little vixen.

Do you fancy some adult chat, call your lady Stacy!

If you loved my oral sex stories I have a kinky embarrassing sex stories adventure that will really wet your appetite.