There Is A First Time For Everything, Even Hot Phone Sex.* 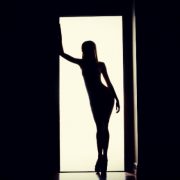 They say there is a first time for all things, which includes Phone Sex.

Everyone at some point has had Phone Sex. Whether it be with a Professional or simply with a girlfriend or boyfriend.  I come from a generation where we grew up without the use of cell phones. We used to have phones with the longest cord in the world attached to it usually in the kitchen.  If you were lucky, you had one in your bedroom which would make talking dirty to someone a lot easier.

I still remember the very first time I had Phone Sex.

I was dating a guy who lived a couple of streets away from me and he would call me every day.  If things became heated on the phone I could just leave my house and walk over to his place.  His Parents were usually not home so we could just do whatever we wanted.  There were times where he would start talking about my tits over the phone and I couldn’t play along because my family had the dreaded Kitchen phone.

I come from a rather large family so having privacy when on a phone call did not happen.

I think he would start talking about things he wanted to do with me because he knew I really couldn’t say anything back.  Then I had to sit there at the kitchen table trying to say benign things back to him while my Dad was making a sandwich, or my Mom was sitting in her chair right next to the door leading to the kitchen.  He would laugh after a few minutes then ask if I could come over.

Finally, a day arrived where nobody was home.

I sat at the Kitchen table with my eyes closed talking back to him the way he was talking to me.  The surprise at me doing so was evident in his voice.  It was a bit awkward at first.  I didn’t really know what to say.  I think I even cringed a few times.  Once we got going though, the words just flowed.

I laid down on the kitchen floor.

I heard someone clear their throat.

So I sat upright so fast I banged my head hard on the table.  After the sharp, quick pain subsided I looked up.  My neighbor; Ann Marie; was standing in the doorway of the kitchen.  I felt so embarrassed!  She just stood there looking at me.  The first thing I thought is that she would definitely tell my Mom.  They were best friends after all.

I stood up, put the phone receiver back, then just stood there.

She walked past me to open the freezer door.  She explained that she had put a casserole in our freezer because there was no room in hers.  I kept waiting for her to say something about what she just had seen.  I was ready for some sort of lecture.  The only thing she said was that if I was going to have sex over the phone like that I had better make sure all doors are locked.  Then she patted my shoulder, smiled and left.   She never did say anything to my Mom about it and I thought for sure she would.  I had forgotten all about Ann Marie catching me until I started thinking about the subject of first-time Phone Sex experiences.  Part of me wonders just how long she had been standing there and if she went home and masturbated to what she saw.

What was your first-time Phone Sex experience like?  Do you still remember it? Was it something incredible or was it disappointing?  Either or I would love to hear about it.

Love to see a beautiful woman in sexy stockings? Then I am sure you will just love my Stocking Fetish Fantasy blog.