Sucking my best friends cock while he was playing video games* 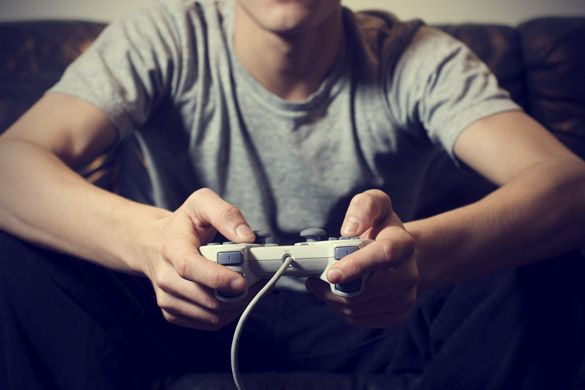 I sucked my best friends cock better than his girlfriend.

It was a typical Monday night for me. Hanging out with my best guy friend and playing video games. I already had a crush on him, but I loved our friendship so much that I never made a move. We were sitting on his bed playing portal 2 together. He paused the game to get up and get something to drink. He always wears basketball shorts so when he gets up I like to watch his cock move in his shorts. Then he came back with a drink for both of us and when he sat down I just smiled at him. But he had no idea why I always smiled when he would walk around.

His girlfriend called him and he walked off. From what I could hear they were arguing again. They had some serious relationship issues. Every time he would get off the phone he would always be in the worst mood. I hated seeing him like that. His girlfriend treated him like dirt, and I never understood it. He was great. And I know if I had him, I’d never make him feel that way.

He comes back in from his phone call, in a clearly sour mood.

“What happened?” I asked. “I’m over it, Blair. Can’t stand her anymore. I ended things.” He replied. I was shocked. Didn’t think he was ever actually going to leave her. By the way, I looked at him he could tell I felt bad for him. “Don’t look at me like that Blair. I’m not upset. It’s been over for a long time now.” As he finished talked he just looked me in the eyes. I could feel that he wanted me. He leaned forward and started kissing me. I was sliding my tongue in and out of his mouth. He started pulling my shirt off and kissing on my neck. I stopped him. “I want to do something for you.”

Handed him the controller and he looked so confused. “Just wait,” I said. As I started pulling down his basketball shorts. His cock was already so hard that it was practically screaming to come out. “Keep playing,” I said as I started licking the head of his cock. I licked all up and down him to get it nice and wet. I took my right hand and started stroking his cock as I was sucking on his head. He was trying too hard to play the game but every time I looked up at him he was looking down at me. I could tell this was exactly what he needed. And I was more than happy to give it to him.

I was taking his dick deeper and deeper in my throat. And every time I would go further down he would let out a pleasure filled moan.

All of the sudden we hear his now ex-girlfriend banging on the front door. “You open this fucking door up right this goddamn second!” She was screaming. I stopped for a second and he looked at me and said: “She knows where the spare key is.” I could see the fear in his eyes. But I wasn’t done yet. “Well, I guess we don’t have much time then,” I replied. Taking his cock back into my mouth.

She busts into the door screaming. But quickly apologized when she see’s me. “Oh, I’m sorry Blair, I didn’t know you were here.” “It’s all good Monica, I’ll leave you two alone,” I said grabbing my purse. As I was walking out of his room I turned back around and blew him a kiss. I just sucked my best friend’s big cock. Yes!