Casting Couch Auditions for Hotel Transylvania…or so you think ♕ 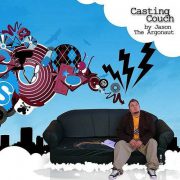 Casting couch auditions aren’t just things girls have to worry about.  When I told you I was a performer when we met, you thought I meant acting, and you excitedly told me that you were trying to get movie rolls, too!  It was such an adorable misunderstanding, so I decided to let the lie ride.  We became friends, and I told you I’d look out for you AND tell you what to look out for.

Casting couch auditions are supposed to be a thing of the past, but they totally aren’t, and even guys aren’t safe.  You never even considered winding up on one, but, frankly, you walked right into this one, boo.  I’ve told you time and time again that you need to read the audition fliers THOROUGHLY.  I know you’re hard-up for cash, but you’re going to end up auditioning for something you had to intention in being in.  But you never listen to me.

Apparently, you have it all figured out.

You saw the flier on my coffee table while I was in the bathroom.  You saw ‘Dreamworks’, ‘Hotel Transylvania’, and that today was the last for auditions.  That was enough for you to take it, yell something about needing to run, and head straight for the audition site.

Wow!  Dreamworks is in town!

From what you skimmed, it appeared to be a live-action remake of the movie, Hotel Transylvania.  You thought it an odd creative move, but you’re not the one with the big bucks to spend.  You felt you were in good hands with such a solid studio.  Plus, you fit the requirements almost perfectly, the pay was solid, and all you had to do was show up.  It was the easiest five hundred dollars you’d ever make.

Or so you thought.

You show up at the given address and are not too impressed by what you see.  The entrance is down a seedy alleyway where the door leads down to a few rented studios.  You expected things to be…more impressive than this.  You also expected there to be a long line of innocent-looking white boys the flier asked for, but it was just you.  You blamed it on it being the last day and took a seat.

A beautifully made up black woman poked her head through a door.  “Are you here for the audition, honey?”

She grinned and looked you up and down.  “No need to sit.  Come right on in.”

You obey and walk into the room where she was.  There isn’t much of an atmosphere, and no stage to speak of.  Just a couch, a few men, and that same beautiful woman in a robe.  You look away when you see her nipples poke through a bit, but it’s hard to keep your eyes where they should be when she chooses to sit so close to you.

“There a lot of guys who’ve sat where you’re sitting.  What are you prepared to do to stand out above them?” she asks in a serious tone.

“Anything.  I’m fully committed to my roles, ma’am, and will do whatever it takes to earn it,” you explain, wanting the part and the money so badly, even though you’re getting increasingly more nervous as she scoots closer to you.

She smiles, looks over at the men who most definitely do not fit the description on the flier, and then back at you.  “Okay.  Let’s try the rape scene then.”

“What?!”  You move to stand before her hands force you down onto your back.  “Wait!”

“Mmm very convincing.”  She tarts to take your clothes off by force.

“Since when does Dreamworks do movies with rape scenes?!”

“You mean, Creamworks?  All the time, honey.  Now I need to you be full-on scared.  You’re just nervous.”

Her robe falls open and you see the biggest, fattest, black cock that you ever have seen up close and in person!  It’s rock hard and pointed straight at you.  The men come and help hold you down, rendering you helpless for what’s to come.  She spreads your legs, has your small cock exposed, and your ass angled right over the tip over her monster cock!

“But this movie is called…AH!!”  you shout as you feel your ass start to swallow something WAY too big.

One of the black guys bends over to your ear and whispers in, “You’re thinking of Hotel Transylvania, right?  That’s Illumination Studios, idiot.”

I warned you about casting couch auditions.  Looks like you have quite a story to tell me when you get back.  Or you can call my phone sex line instead and drop all the details there lol.