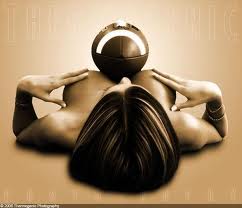 My stepsons always host a big Super Bowl party with lots of food, alcohol and best of all, about a dozen twenty-something men.   I usually stay quietly back, letting the boys enjoy their game, occasionally joining them in the family room to watch a bit of the game or grab a handful of chips from the coffee table.

I noticed one of my stepsons’ friends brought a couple of young men I didn’t recognize.  I walked in to take a peek at the score and when I turned to look toward them, I saw that they were both watching me intently.  They were really hot young guys so when I walked out the room, I made sure to give my ass a couple of extra shakes just for them.  I went into the kitchen and opened the fridge, grabbing a cold beer.

I was stunned to turn around and find of of those hot young men standing behind me.  I gasped, then laughed.  “Did you want a beer?” I asked, holding the fridge open for me.

“No.” answered and tugged lightly at the opening of my blouse.  “I think you know what I want.”

I stared at him for a minute, surprised at how forward he was.  I could hear that the game was on, the TV volume was high, and the guys were in the family room, noisily talking and laughing.  Most of them were drunk already.  I decided I could get away with a little play time of my own.

I took his hand and led him out of the kitchen the back way and downstairs to the basement.  The basement was dark and cozy, and I led him to one of the couches.  He and I undid his pants together and I pulled them off of him, along with his boxer shorts.  His dick was rock hard and thick.  He sat down on the couch and spread his legs apart.  I crawled in between his legs and grabbed his cock with both hands.  He moaned and leaned his head back as I started stroking his cock and wrapped my lips around the head.

I heard a noise and looked over.  His friend had found his way downstairs and was already undoing his own pants and pulling them off as he watched me sucking his friend’s big cock. He took his dick out and sat on the couch next to his friend.  He pulled on his cock slowly as he watched me giving that sloppy blow job.

I stopped sucking his friend and crawled over to him, wetting his cock with my mouth as I stroked the first guy’s cock with a firm hand.  He pushed my head down onto his cock and forced me to take it into my throat.

I’m not sure who won the game tonight, but I know that I definitely scored!

Call me for kinky role play!