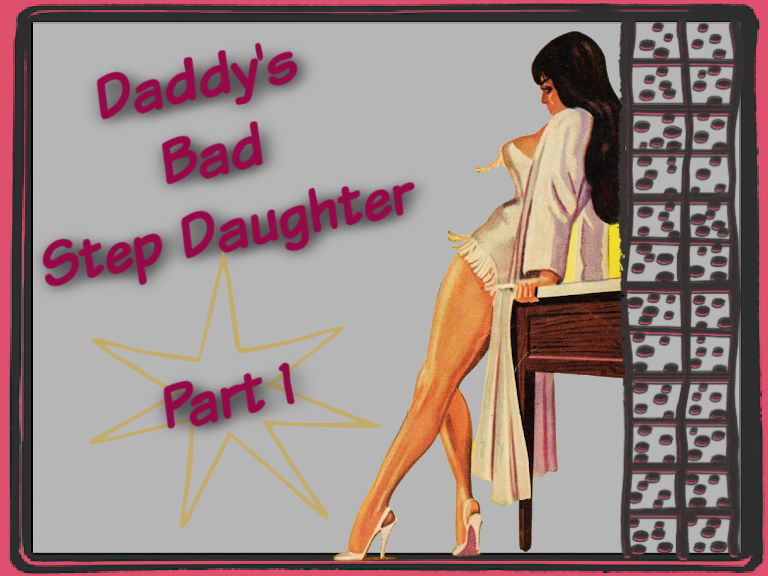 Hello, my sexy perverts!  This week it’s time for something different.  A story about a tempted step dad and the hot teen he has found himself living with.  In this story, I thought it might be fun to write something from a guy’s perspective.

My wife and I have been married for 5 years.  And like most marriages, we have our ups and downs.  But lately, we’ve been fighting a lot.  But not the usual new marriage things.  Not money, not household chores, and not what to watch on Netflix.  Well, we do fight about those things.  But the biggest fights are about her daughter: my very bad step daughter, Jane.

Bad Step Daughter is Out of Control!

Up until this year, she had always been a great kid—polite, pleasant, and fun to be around.  But lately, she has almost turned into a different child.  She’s been running wild and is out of control.  She ignores her curfew, cuts classes, and speaks to us in a very disrespectful manner.  The most frustrating part is that my wife won’t do anything about her bad step daughter.

But sometimes, she has days where she seems to return to our former happy, obedient child.  Her mother and I are always so relieved when this happens.  Unfortunately, we are always disappointed to realize that she is only on her best behavior because she wants something from us.  You’d think we’d learn, but she fools us every single time.  I think it’s just because we want it to be true so badly.

Last night was one of these days.  My bad step daughter was helpful and cheerful the entire evening.  For once, she was a pleasure to be around.  But after dinner, she showed us her true self again. She came into the living room where her Mother and I were watching TV.  In an unusual show of affection, she plopped down on the sofa between us.

I Almost Groaned Out Loud

“Whatcha watching, Mom and Dad?” she asked way too cheerfully.  “Oh no,” I thought.  She only calls me Dad when she is trying to manipulate me.  And it usually works, unfortunately.

I tried to react casually and seem uninterested in the hot teen body that had scooted a lot closer to me than her mother. But I almost groaned out loud when I felt my bad step daughter’s hand on my thigh and a perfect round titty brushing against my arm.

Thankfully, I managed to stay quiet.

But, as much as I tried to stop it, my cock started to get hard.  It always does when she tempts me like this.  “What do you need, Jane?” I asked, again trying to sound as nonchalant as possible.

As I waited for her answer, I couldn’t help but wonder, “when did her tits get so big and soft and bouncy?” She didn’t look like that at all when I first met her.  But, of course, she was only ten at the time.

Well, my sexy perverts… what do you think our bad step daughter wants?  And do you think her teasing is going to get more and more difficult to resist?  Let me know in the comments below!