The Secrets of an Anonymous Fuck Club Revealed 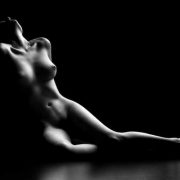 Do You Want to Join an Anonymous Fuck Club?

Well, the only way to get into one is by invitation only. And, of course, the first rule of Anonymous Fuck Club is: Don’t talk about Anonymous Fuck Club. That’s why I had no idea what I was getting myself into when my friend, Ashley, invited me to a “secret party.” The only requirement was that I needed to wear a sexy, skimpy outfit. I have plenty of those, so I chose to wear a skin-tight red dress with a plunging neckline to show off my voluptuous chest and paired it with 6-inch black heels.

We went bar hopping first and both got a little tipsy. I had so many questions but she wouldn’t tell me anything about this party, where it was, who would be there, what to expect. The mystery of it all made my imagination run wild. It reminded me of the time I went to a Sex Doll Brothel and that exceeded my expectations, so I agreed to go. Ashley is wild and adventurous like me, so I knew this party would be worthwhile.

After last call, Ashley ordered an Uber to take us to the secret location. We approached an area I knew well for its many trendy bars and dance clubs. But, people were quickly flooding out and into Ubers as it approached closing time. I wondered what place would allow us in at this hour. She instructed the driver to stop on the corner and she led me down a dark alleyway.

Our heels clicked loudly as we approached a man standing in front of one of the back doors. He stood with arms crossed staring straight ahead. At first, I thought we were in the wrong place. But Ashley whispered something in his ear. He nodded, open the creaking door and stood to the side to let us pass. “What did you tell him?” I whispered as she led us down dimly lit stairs. “The password,” she said, “a new one is sent each week if you’re still invited back.”

As we descended into the basement, the music from the dance club above started to fade and we could hear quiet chattering. In the basement stood about 20 men and women, all dressed well and extremely good looking. As we entered the room all eyes were on us. Everyone seemed to undress us with their eyes and smiled approvingly. The room looked more like a posh man cave with leather chairs and couches rather than a basement of a club.

A sudden hush fell over the room and a circle formed around the best looking guy in the room. He was tall, muscular, and ruggedly handsome. “Welcome to Anonymous Fuck Club,” he said, “For those of you who are here for the first time, congratulations, you have been invited to a very exclusive club. This is a club for voyeurs and exhibitionists. For those who want to be watched while fucking and who like to watch people fuck. Each week I choose three separate couples to perform, to fuck, for us to watch.”

A huge smile came over my face, I turned to Ashley and we giggled. She knows me so well she just knew that I would fit right in with this kind of club.

“There are some rules you have to follow in order to be invited back to Anonymous Fuck Club”, the sexy leader continued, “First: Don’t talk to anyone about this club, everything we do and say stays here. Second: Anonymous means anonymous, don’t ask for anyone’s name. Third: If it’s your first time, you have to fuck.” As he said the word fuck his eyes locked with mine. I felt myself blush, all eyes were on me now. “Welcome to the club,” he said extending his hand to me. I grabbed his hand and felt my heart begin to race as he tugged me gently towards him. “I have chosen myself to pair up with Blondie tonight,” he announced. Everyone laughed, he didn’t break his intense eye contact with me the entire time. Then, it started immediately…

Fucking for All to See

Before I had any time to think he leaned in for a soft sensual kiss. I quickly forgot about everyone else in the room as I became completely lost in his kiss. Our kisses turned more passionate and he began removing my dress. A quiet chatter started amongst the crowd as my dress fell to the floor. Being watched was so exciting! I began removing his clothes and soon we were both stark naked. He laid me on the leather couch and began kissing all over my body. He took his time with it which just heightened my desire for him even more.

I love being a part of the Anonymous Fuck Club, performing in front of a crowd is so thrilling! Later, I saw my friend Ashley fuck another woman and damn, that was so hot. I can’t wait to come back next week.

Do you want to join the club? Call me for the best phone sex!