Young Alyson Tastes The Whip Of The Banker PT2 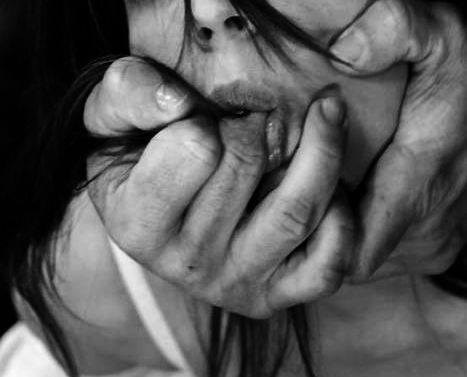 I Sold My Daughter Alyson To Save The Farm Part 1

The banker and I entered into the barn and he looked about. Pulleys and chains hung from the rafters. His eyes darkened and settled on me. I felt a foreboding heaviness bare down on my shoulders. Something told me this wouldn’t be a quick task. I was hoping he would get it over with. Stick me like a pig, rut around and leave. No, he had plans brewing in his dark mind.

Just the way he meticulously took his perfectly tailor jacket off, and folded it over one of the stalls. He un-cuffed his crisp white shirt, and rolled up the sleeves. I stood there nervous of what was to come. He took a step closer and took me by my long red hair. He fingered my hair then grasped it roughly. Pulling my head closer to his lips. He whispered he was going to get every bit worth of the deal. I was going to regret bargaining with him.

He took my arms and fixed them to the chains that never seemed so menacing. My arms jerked hard above my head. He circled around me until he stood in front of me. He ripped my shirt open down the front. My small tits bobbed from the force. His manicured hands rounded the outline of my swell of my young breasts. I didn’t wanna show fear. No he would enjoy that. His thumbs moved over my little nipples until they stood at attention. He was so sure that I would be afraid, when he didn’t receive the reaction he had hoped for; he again took me by my hair and said he would break me. He twisted my nipple cruelly. Hoping for a winch. Only I didn’t give it to him.

He spat in my face and walked away. He took up a riding crop, walked behind me and tossed a bucket of cold water onto my body. He dealt a powerful whip to my back. It welted up instantly. Again and again he struck me, waiting for that cry of surrender. I stood trying to fight the urge to cry out. Warmth only found me. Pooling into my panties. He was however very relaxed and patient. I could see the outline of his rock hard cock. I had never seen a mans cock before. Only the animals on the farm, I was more interested in seeing his dick.

He was tracking my stare. He walked up to my wet body and pushed his cock against my body. I could feel the strength pumping against me. I trembled, and couldn’t stop myself. He smiled, thinking this would be my fear that gave him his satisfaction.  He knelt down and removed my jeans and panties. He took the riding crop and ran it up and down my wet pussy. Seeing it wet surprised him. He licked the whip and then struck my soft pussy lips hard. I squeezed my eyes shut. When I opened them again, I saw he was opening the fly to his pants. His cock shot out the front and stood strong. What he did next changed what I thought sex was all about. He yelled in my face that he would break my young body. My father could never have prepared me for it!

I love a good cock tease story don’t you? Find out more by calling me!