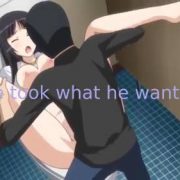 I’ve had so many jobs in which many things occurred.

I’ll get that throbber going with my personal workplace sexual harassment. Nobody really knows what they’ll be targeted. Or even how they’ll fell about it. It had already been a long day and we were both working into the evening hours. I and my boss that is. When he called me into his office, I had hoped he was going to tell me I could go home. Instead, he told me he had ordered dinner for the two of us and it would arrive in about thirty minutes.

He could tell I wasn’t too happy by the look on my face and I was famished by this hour. He then told me that I needed to do one last thing before I eat though. “Yes, Sir, what is it that you’d like me to do?” I asked. He stood up and came around the desk towards me. The bulge in his pants spoke for his arousal level.

I’m staring at him with a look of horror on my face as he reaches towards my blouse. “You tell me what I want”, he laughed with a deviant undertone. He then ripped open my blouse making the buttons fly everywhere.

My mind was going a mile a minute with this surprising workplace sexual harassment happening RIGHT NOW!!

He’s a strong man with large hands (6′ 5″ to be exact) and he began groping and squeezing my breasts. As soon as the cool air hit my nipples they instantly became erect. Of course, he thought it was because I wanted him, so he started pulling, tugging and twisted them really hard. I let out a yelping sound when the pain became unbearably intense.

Without saying a word, he pushed me to my knees, pulled his pants down and began rubbing his huge hard cock across my lips. Just as I opened my mouth to protest, he slammed his cock into my mouth. By the look on his face, I could tell that he even liked it when his thick cock scraped across my teeth. He placed both hands on my head, holding it place as he began throat fucking me fast and hard.

With each thrust of his cock in and out of my mouth, I’m gagging and finding it hard to breathe. He is so into his own deviant pleasures of raping my mouth that he is completely unaware of the tears running down my face and inability to breathe. He was in his own little world as he boldly tells me how good my hot mouth feels and that I’m such a good cock sucking whore.

While wiping my tears and catching my breath he pulled up his pants.

He quickly fastened his belt and sat back behind his desk. While I stood there quivering he told me to go into his bathroom and clean myself up because our dinner would be there any minute. He even said that there was a new blouse in his bathroom to replace the one he had ripped open. I wondered at that moment how many occurrences of workplace sexual harassment has he been involved in to know to keep women’s clothing in the bathroom.

After being violated in such a crude manner I didn’t want anything to eat. As a result, I certainly wanted to clean up and wash my mouth out. When returning from the bathroom I find that our dinner had arrived and he had it all set up for us. He even pulled the chair out for me like a gentleman just as he has always done before.

I am completely confused by the man who just violently raped my mouth whom I call my boss at this point.

I am unsure what to think as I carefully and slowly eat my dinner. About halfway through our meal, he told me that once we were finished with dinner he was going to fuck me next. I slowly ate and thought of a way to escape this horror. He told me not to worry though; he’d replace any clothes that he ruined from ripping off my body.

Before I knew it, he was shoving me over the edge of the couch in his office. His large hands were pushing up my skirt and ripping off my panties all in one swoop. He used his knee to spread my legs apart and could feel his fingers opening my cheeks. The next thing I felt was his warm hard cock head pushing through my pussy lips and into my tight fuck hole.

As soon as he goes into the perfect banging position he started pounding me rapidly. He was violently bucking his hips and slamming his thighs against mine as he buried and slammed himself into my pussy.

He bucked over and over before he jerked me around and came all over my face.

I gathered myself and went home sobbing. It was hard to endure and I even quit my job but an ex-boss flipped a switch in my head. I became fond of that kink. I even urge my boyfriend to have a rape roleplay scenario full of rape gangbangs, forced throat fucking and more.

Forced sex is a huge turn on to me and I know it is for many men too. Are you in the mood to get forceful and are unable to with your real-life partner? Just pick up the phone, dial me! We’ll have a rape fantasy phone sex session that makes you bust your nut hard!!! Call me and tell me what you think about my workplace sexual harassment that started it all.