What is under Jo’s panties? 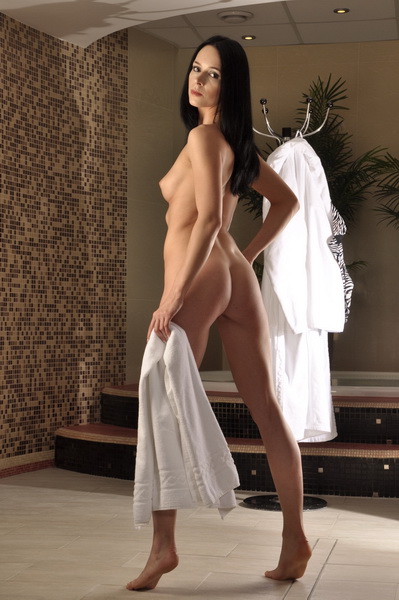 My friend Liam is a truck driver and constantly on the road.  He is single and a little bit lonely.  He called me recently to tell me about the wild night he had at a truck stop as he pulled off the road for the night.  He walked inside to use the mens room and on the way out, he was approached by a tall, thin, smoking hot redhead with bright green eyes.  She was dressed in a short skirt and a long sleeved white blouse.  On her feet, she wore stiletto heels.  She really stood out from the other clientele as the truck stop.

“Sir? I need help.” she said as she approached Liam.

Liam took a quick glance at her long legs and then asked how he could help her.

“My boyfriend and I had a fight.” she started.  “He left me here.” her chin quivered and her eyes watered.  Liam is a nice guy and immediately wanted to help out.

“I’m sorry to hear that, honey.” he said soothingly.  “Do you need a ride somewhere?”

“Or maybe just a warm truck to spend the night in?  Were you stopping for the night?”  she asked hopefully.   He was, but even if he wasn’t, he would’ve changed his plans in a heartbeat.  He introduced himself to her as they walked over the truck and he learned her name was Jo. He drove his truck to the very edge of the lot where it was dark and deserted.  He offered her a drink from his pint of whiskey that he always keeps on hand.  They talked for an hour before she surprised him with a blunt question.

“Do you think I’m feminine?”  she asked.

He laughed.  “What kind of question is that?  Of course you are.  Probably the most feminine and beautiful girl I’ve ever seen.”  As he said this, his dick got hard in his pants.

She smiled and then surprised him again.  “I just got these tits a couple of months ago.  Can you give me your opinion?  Let me know if they look natural, I mean.”

He nodded his head and she removed her blouse and her bra.  He stared at her DD tits, which were perfect.  “Touch them.” she invited.  He gently took them in his hands and massaged them, his dick beginning to throb now.  “Do they feel natural?” Jo asked.

“They’re the best set I’ve ever had my hands on.” he said.  She put her hand on the back of his head and pulled him towards her tits.  He took this as a signal to start kissing and sucking on those perky nipples.  He moaned as he rubbed his face in her cleavage and moved his tongue all over her breasts.

He felt Jo’s hand start to grab onto his stiff rod.  She squeezed and rubbed until he thought his cock was going to burst through his jeans.  She expertly unzipped him, pulled his dick out and began to suck him.  He watched in disbelief as this beautiful girl moved her lips up and down his throbbing cock and sucked him firmly.  He ran his hands through her red hair and guided her head up and down.

Jo sat back and lifted her skirt, revealing a hint of white panties.  Liam reached over to touch her and stopped as he felt not a pussy mound but a stiff bulge.  He looked at Jo’s face and she smiled.  “Is it okay?” she asked.

Suddenly it was more than okay and Liam pulled her panties off of her, and grabbed her dick as it sprang out.  He stroked it, noticing the precum that was oozing out of her cock and dove right in to begin the first blow job he’d ever given.  He found that he really liked a cock in his mouth, especially when he looked up and saw Jo’s beautiful face and her head leaning back  in ecstasy.  He kissed her, pushing his tongue into her mouth, moved his way back down to her cock, briefly stopping at her tits to kiss and suck them.  He continued to suck her long cock until he couldn’t wait to be inside of her any longer.

He pulled her on to his lap and they faced each other, kissing while Jo maneuvered Liam’s cock into her ass.  She sat down hard  and Liam practically yelled out with pleasure.  Never had he felt such tightness.  Jo continued to bounce and grind, riding Liam’s cock hard, her tits bouncing in his face.  Liam grabbed her cock and stroked it as she rode him.

Have you ever enjoyed a beautiful transsexual?  Call me and tell me all the dirty details!