Used Condoms Found in your Room After a House Party. Still on the Cock ♕ 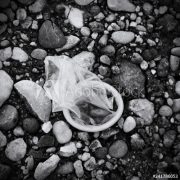 Used condoms go in the trash.  At least normally.  That isn’t what happened to one particular used condom.  Mark and his four roommates decided to throw a party to celebrate the end of finals.  Like most parties, things got a little out of hand.  Actually, things got very out of hand.  Apparently, a lot of people wanted to celebrate telling their classes to fuck off for a semester.  Their house was packed, Beer became beer, shots, and blow.  It was amazing for Mark, and he certainly indulged, but he’d forgotten the most important aspect that he was about to be reminded of in the morning.

The mess was crazy.  Sure, there weren’t holes in the walls or kissing floorboards, thankfully, but everything else you can think of – clogged toilets, vomit, piss, and passed out people everywhere – was present and accounted for.  Though things had been epic, if Mark didn’t get this place in decent shape, he and his roommates could kiss a place to stay for next year goodbye.  So, he got to work starting with his bedroom.

He was in for an eyeful.  There, passed out on his bed was some jock and big titted slut.  He definitely knew they had fucked because he could still see the condom…around the jocks fat cock.  He hadn’t even bothered to pull up his pants he was so out of it, and he waking him seemed impossible.  Mark’s eyes kept returning to the used condom dangling there.  The guy had such a long, thick cock.  He had to fight this.  He couldn’t indulge in this because he wasn’t gay.  Mark liked pussy.  Loved it, even, and he was sure there was a ton of it on that condom…

It was still warm, too

Mark told himself that he was just cleaning it up, but that excuse quickly dried up once he was holding it.  Thanks to it being on his dock all night, the contents were still warm, and there was so much of it.  No doubt, if he had blown his load inside that cunt, she’d have gotten pregnant.  It was so heavy and might as well have been fresh.  He wanted to do something so bad.  So very bad.  And that’s what he did.

He put it on

Mark felt the gooey man-seed drench his rock hard cock and started to stroke it right over the two.  He wanted to rub his cock against that giant one and suck it, too.  It felt so fucking good feeling all of that fuck-slime slosh around his cock.  He was going to add to it, too.  He let gobs of it spill right into it as his balls emptied.