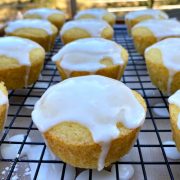 Cum eating is the tipping point for a lot of faggots.  Once you try it and you like it. It’s so hard to go back.  That’s why I came up with this brilliant idea.  My neighbor, for lack of better words, is a loser.  He’s scrawny, shy, and not very well endowed.  Seriously, super tiny.  I felt foolish one day when he tried to get in my pants, and I decided to humor him.  But when I reached down and toyed with him, it was like reaching in a draw for the last marker.  I didn’t want to destroy him, so I held in my laughter and made up some bullshit about a boyfriend.

When a man like that has so little to offer a woman, It’s honestly just best to throw in the towel and start sucking dick.  They stop wasting my time, as well as any other woman’s, and they make themselves useful to society.  Seriously, do we really need another check-out guy?  Or would we rather have a cock sucker for all of those lonely but still hung guys to stab in the throat?  A little wimp like him could probably even make a little cash on the side, too.

The following week, I started making him these ooey-gooey buns that he absolutely devoured.  I wanted to show him we could be friends, so I told him I’d bring him different desserts now and again.  He couldn’t believe how good they were.  So moist and savory.  He embarrassingly admitted that he’d eaten the whole batch in one sitting.  When he asked for the recipe, I told him that, unfortunately, that’d remain my little secret for now.  But someday, I might let him in on the truth.

These probably. It went even faster than the buns!  Oh my goodness, this man was getting so addicted without realizing it.  My icing was amazing!  Who needed cocaine when ruining someone was this easy? He even licked the pan because, of course, he did.  You could smell his type from a mile away.  You know the type; swears they love and want pussy, but either can’t handle it or can’t satisfy it, but seem to have an uncanny skill with the same sex.  They act like they’re too good for cock, but nature doesn’t lie.  You are what you are.

Time for the real deal

Since my secret ingredient was still a secret, I blindfolded him before letting him go for it.  I told him he’d be allowed to have some right from the tap if he agreed to do what I said.  He was going g to have to work hard for his fix today, and he was ready.  It was amazing watching someone who had supposedly never done this before Bob, his head up and down like a pro to get at that delicious, cream-filled center.  He wanted it so bad, and I loved making him say it.

“Please give me that boy batter.  I want it down my throat.  Mmm, I love eating it.  I need to fill my belly.”

That talk alone was enough to grant his wish a few times via a few close friends and some random strangers as well.  By the end of the day, he was stuffed, and his neck was sore, but he couldn’t wait to do it again.  What’s the male equivalent of a dumb bimbo?  Transforming and pimping this loser out is going to be easier than I thought.  I can’t wait to tell him about this new nightly ‘suppository’ that’s meant to be good for you.
Are you just as much of a dumb, tiny-dicked, cum eating bitch?  Call my phone sex line so that I can put you to work, too.