Brutal Force Sex in the Time of the Apocalypse 2045 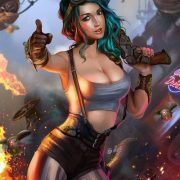 Brutal Force Sex in the Time of the Apocalypse 2045

Brutal force sex. It was bound to happen.  It’s been nearly five years since the mysterious apocalypse that changed the world as we had known it. Five long years since I’d felt loved at all. Everything has been a struggle to just to stay alive in this jungle wasteland I used to call home.  Women live in fear every second that the “infection” would expose us to “the hunger” of man.

The hunger started here one day when I was coming home from class. Suddenly, I saw a bunch of women running and screaming.  But, those who fell by the wayside were immediately pounced on by what appeared to be a WALL of crazed-looking men. Think Dawn of the Dead, only not zombies.  These men were naked and sex-crazed.

I didn’t exactly know what I was running from, but those men looked pussy hungry!   They were willing to resort to brutal force sex even if they didn’t have to.  I mean, there are for sure some chick who would welcome the forced aspect of it. And still, others who had never known the pleasures of love-making at all, and so they were happy to be taken any way they could.  But, the funny thing was, these men didn’t want the willing.  Oh, no! They enjoyed the fight.

So, I was what they sought. Girls like me who don’t just lay back and let it happen.  Not to mention all the time I had put in with my lover.  I wouldn’t let the dream of seeing him again just die.  Furthermore, I was smarter than the average bear and thought nothing of playing dirty.

And a raw fuck is what they all needed.  I sure as fuck wasn’t gonna make it easy for them!  I holed up in an old abandoned warehouse with some other random women from all walks of life and we were taking shifts to stay vigilant.  From what we’d gathered, it was an outbreak that seemed only to infect men, but women could be driven wild with lust as well once in contact with a depraved man.  The most susceptible of the women were the untouched, or virgins.  They were a magnet for the crazed.

The first attack on our troop came in the middle of the night.  We had been asleep and had left a newbie at the helm.  Beyond anything we had planned for, was an onslaught of wild-eyed men grabbing pussies and sinking their teeth into them.

Every woman for herself, I guess!

Moving was the only thing that mattered.  Additionally, darkness was setting in and I needed to take cover.  Breaking into a home that had been long ago been abandoned; I locked the door and stayed low.  I snuggled down into a nearby couch and fell fast asleep.  Maybe an hour had passed when I heard a floorboard creak and went on high alert!  My eyes were adjusting to the light when I saw him. Oh, Dear GOD! It was one of them!

He stood there watching me and he knew I was awake.  My hand tightened around the gun I’d found in the house. It only had six bullets in it but that was enough for one man!  “Stay right where you are fucker!” He didn’t listen very well. Instead, he lunged right at me, grabbing my throat in doing so.

He was too much for me!  But, this fight wasn’t over.

He outweighed me, to be sure. But smarter than me I’d rarely encountered.  So, I let him rip my clothes off and tear into me.  I knew ways to tire a man out that he’s probably never encountered.  Nonetheless, I let him pound away, his teeth gritting as his body willed him to do more than he could.  And then it happened.  For all that, they still needed the twenty minutes to recover like most men.  Of course, I let the beast think he’d taken all I had and broken my will.  “But, he don’t know me very well…do he?” lol.

The minute I felt the shrinkage begin I pulled the trigger and it ripped through his leg. What?!?  I’m no killer.  I just needed the brute to slow down and a leg shot provided that easily.

Alone again and time to run.

I’d been thinking all night til the sun came up about how nice it would be to go back to the good old days when brutal force sex wasn’t the disease it is now.  To have a man put his arms around my BODY and not my THROAT! I guess those days are gone. I would leave in the morning to search for a place where love was love and sex was sex; but, only if it was consensual.

I woke without opening my eyes again and thought to myself, ‘REALLY, GOD? Again?!’  This time I didn’t open my eyes. I lay there still as a church mouse hoping he hadn’t seen me. But, he had.  This time was different.

He kissed my throat tenderly, and my nipples rose.  He moaned as he lowered his mouth to them and my pussy flooded with desire.  My breathing gave me away as he was mouthing my wet pussy.  I couldn’t help it. I desperately needed this kind of loving.  He pumped and pushed at me, yet he never asked a word of me and I offered none.  He pushed deep into my ass and got everything he ever needed from a woman. And then he did the unthinkable! He CRIED! Yes! CRIED. And I realized, he was not rageful and he didn’t necessarily NEED brutal force sex.  He wiped the hair from my eyes and snuggled in beside me.

The next morning we woke together and made love again before venturing out into this crazy post-apocalyptic world.  We knew that every day would be a challenge and Boy would need to defend Girl, and his new-found pussy on the regular. What can I say? Good pussy’s worth it!

Are you a new caller to me?