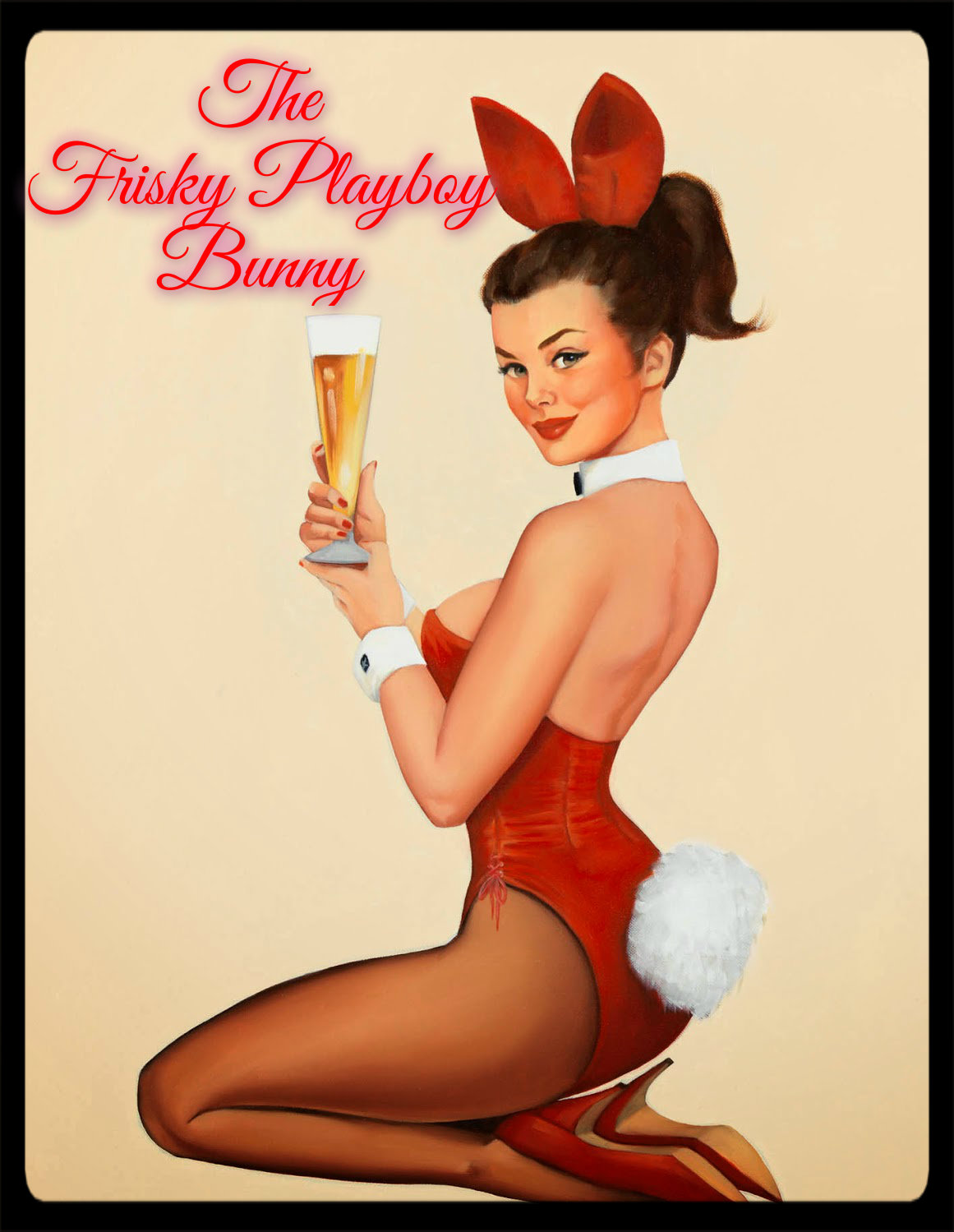 From the year 1960, a change in sensuality came to America. The conception and inception of the Frisky Playboy Bunny turned the world on it’s ear. The Frisky Playboy Bunny…The all-time favorite visage of not only woman, but womanly wiles as well…The Playboy Bunny represented every sensual and sexual desire a man could have. Wait! Did I say represented? Take off the “ed”. The Bunny as a woman STILL represents every man’s dream of sex and conquest. I mean, who is more sexy than the woman sauntering toward you, barely dressed giving off the feeling that you could bend her over and fuck her, her pussy, her ass, her mouth as you shove that fat cock down her throat for a glorious blow job…?  She even got to turn a few men into her Amateur Cuckolds!

Such was the life of The Playboy Bunny of old.

Her first night on the job was like attending the most glamorous masquerade…there she was, quivering in her 4″ stilettos with the severe point to the toe, tits pushed up with the assistance of well placed rolled stockings, ears perky and quirky, each girl having her “signature style” with those…There was giddy laughter cuming from the bunny lounge, home of the Bunny Mother and her underlings, the Bunnies. Naked girls, some barely legal teens taught to do Bunny Dips, to “cap” ashtrays, pose for pictures with the guest, (most of whom were men who traveled).

The Bunnies milled about tits and ass hanging out…

If the clientele could see this, they’d pay ANYTHING! It was bad enough that the Bunnies had to be escorted onto and off the club’s grounds via limousine. Why? Men! They’d travel from far and wide to catch a glimpse of the illusive Bunny. They wished they could see them in the bunny lounge, maybe get a few alone and bend them over and fuck them properly. To have their dicks melt in the mouth of a frisky bunny…to sink their cocks deep down the throat of the woman men the world round wanted.

Most men would be thrilled to have a luscious tit Bunny, with her exhibitionist costume and foot fetishists dream pumps strolling over to take their order and returning to do the “bunny dip” ( a backward, stretched over the table, tits barely contained move…) to “serve” the libations. The costume itself was a work of pure genius. Crafted of stretch nylon, fully lined and included the kind of “boning” that would make Frankenstein blush! Ouch! But, this “contraption” created the perfect hour-glass shape women…and men desired most.

They wanted to snag themselves a cheating husband, using their sensuality, their tight young tits and asses, their skills at blow jobs and their zeal to be the next “Big Thing”. But, not all of them had that as their motivation. Oh! I’m not suggesting that she didn’t have her own wants…Hers were just more…fairytale.

She had dreamed of this day. The day when her little titties had grow and her waist had trimmed, until she’d grown her hair down her back in lustrous waves; she dreamed of being here, in the Bunny Mother’s office, getting the once over. And an hour later, after answering questions of being all alone in America, she held in her small hand, a key to her “dorm” room down the lane where the Bunnies lived en masse.

She twirled around her room looking at the space and the bathroom with the long bank of Hollywood lights over the long mirror.

She’d died and gone to heaven! What would the girls back in France say? They thought her so silly to leave her friends and family to go to America just to “audition”. And now she’d made it! She was the resort’s newest Bunny. Bunny Sin. That’s the name she’d chosen for herself.

Working in a small nightclub called the “Bunny Hutch”, Sin saw him. Handsome…at least what she could tell in the dim nightclub setting…and definitely of some sort of Viking heritage…being large and robust. Something in the way he spoke, like his voice was smiling at her and she tingled all over. She took his drink order and after getting a load of what looked like dimples, she found herself breaking the club’s premier rule. NO DATING THE CLIENTS ON CLUB PROPERTY! They didn’t care if you dated them, just not at the hotel. She had him naked and in her dorm room bed before 3 AM, right after her shift had ended.

That night, she couldn’t be sure if he had becum her conquest, or she his.

What she did know was, she had found her soul mate…She tells me she has never sucked, or fucked so well in her life. He says that is untrue…that each time they make love, whether “fucking”, or not…she is more beguiling than the time before and that if he lives another thousand years, it will never be enough time with her.

Thirty years later, my aunt and uncle (who, by the way, have never married) are like teenagers to all who view them together. They can’t keep their hands and mouths and GOD knows every other part off each other…She is bonded to her Prince Charming and he? He definitely got the frisky Playboy Bunny!  They even have a SEX VIDEO. Wanna see it?

**All characters appearing in this work are fictitious. Any resemblance to real persons, living or dead, is purely coincidental. Maybe. Giggle