Teasing and Playing with My Stepbrother

I Loved Teasing My New Stepbrother

When I was in my teens my mom remarried. And the guy she married had a son my age and we became step siblings. I really liked him, he was nice and funny and cute. As the months went by, I found myself thinking of him in a very un brotherly like manner. My sexy stepbrother . I was thinking about him as I masturbated and prancing around in my underwear when I know he’d see me. I even started getting sexier matching bra and panty sets and made sure to “accidentally” leave my door open while changing or coming out of the bathroom. 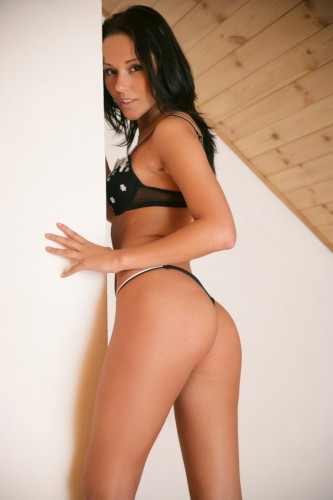 I’d go into My stepbrother room and ask for something dressed that way and act as if nothing was different.  And I’d literally see the tent rise in his pants. I had such fun teasing him and didn’t even try to be quiet as I masturbated. Our parent’s room was on the floor below, so I didn’t so much need to worry about them hearing me.  If I was a bit indiscreet shall we say and I’d look him right in the eye after coming out of my room after masturbating. And he’d be blushing, knowing what I’d been doing.  I even called out his name a few times like a brazen little slut. And I was really a very naughty girl.

One time I really decided to go for it. I went in his room, and this time I was clothed.   And I stated, ” Brother, I’m wet.” He looked at me and said “What are you talking about, you’re dry”.   You didn’t just get out of the shower.”  I continued to stare at him and all of a sudden realization hit him.   And he turned scarlet when he got what I’d meant.  I saw his cock straining against his pants and I reached over and squeezed it through his jeans. He looked shocked, but he didn’t stop me. I leaned over and kissed him and I guess he must have been feeling it too, since he scooped me up and placed me on his bed.

It Was Tight , So Tight

He kissed me passionately until we were both breathless and we took our clothes off and started to make love right there on his bed with our parents downstairs. I eagerly parted my legs for him and he wasted no time in sliding into me. I hadn’t told him I was still a virgin and after he pushed his way in and remarked on how fucking tight I was, I told him he was my first. He said I should have told him first, he should have been notified first. I said stop talking and just fuck me. It hurt a bit, but I really wanted him and now I’d had him, it was hot fucking my stepbrother!

He came inside me and then we cuddled with his limp cock still in me, him laying on top of me. It wasn’t long before he was hard again and the second time I came and he did again. He said the way I went around in my bra and panties wasn’t fair, how could he resist me in outfits like that.