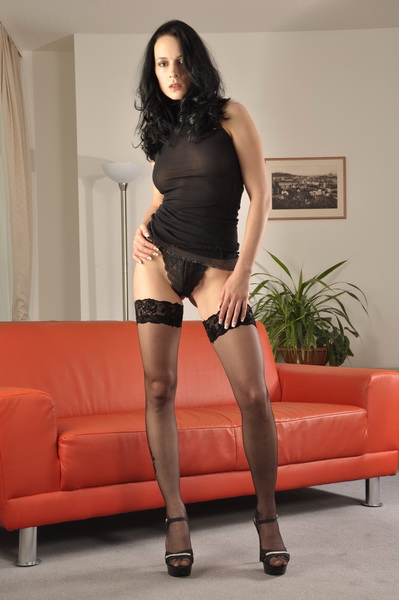 College boys are actually smart sometimes which shocked the hell out of me. Most of the guys I knew in college were horny, drunken idiots. My stepson has this friend, Julian, who comes over now and again.  I was in the kitchen one day grabbing something to snack on when I overheard them talking in the living room. I mostly ignored them until I heard Julian say the words “hot cougar.” That caught my attention and I started listening in on them. Julian was saying how older women were the ones to go after, not girls their age, because they were more experienced and knew more things. Ha, smart boy. He was right; there was a lot that I could teach him.

A few days later he called the house looking for my stepson. He was out but I didn’t tell him that, instead I told him to come on over.

“I heard what you said the other day about older women knowing more things.  You’re right.  We do know a lot and I want to teach you some of those things. I know college girls think blow jobs are a rare treat and missionary is the only way to have sex. Now that’s just boring, who wants to fuck that?” I said and pushed him down on the bed. I straddled his face and felt his tongue lick along my outer walls then push inside. He slid along my walls and I felt myself start to get wet. I slowly began to lean forward and braced myself when I got down to his dick.

He was long and thick and already had a drop of pre-cum on his slit. I held him around the base with one hand and swirled my tongue around the head. I felt him moan against my pussy and I pushed my hips down, rubbing my pussy on him. I wrapped my lips around him and took every inch of him in my mouth. I sucked him hard, steady  as his fingers held my thighs. He slid his tongue up and over my clit. I paused for a second at the feeling and eagerly wriggled my hips, urging him to do it again. He got the hint and I began to suck him faster as my pussy tingled. He throbbed and I relaxed my throat, getting ready for him. He started to cum and I swallowed it while noticing that he’d stopped giving my pussy attention. I swallowed his load and I rocked my hips, forcing him to eat my pussy. He flicked his tongue hard and fast over my clit and I felt my orgasm build again. I let my body relax, giving in to what he was doing. I came with a loud muffled moan and knew my juices would be dripping down his face.