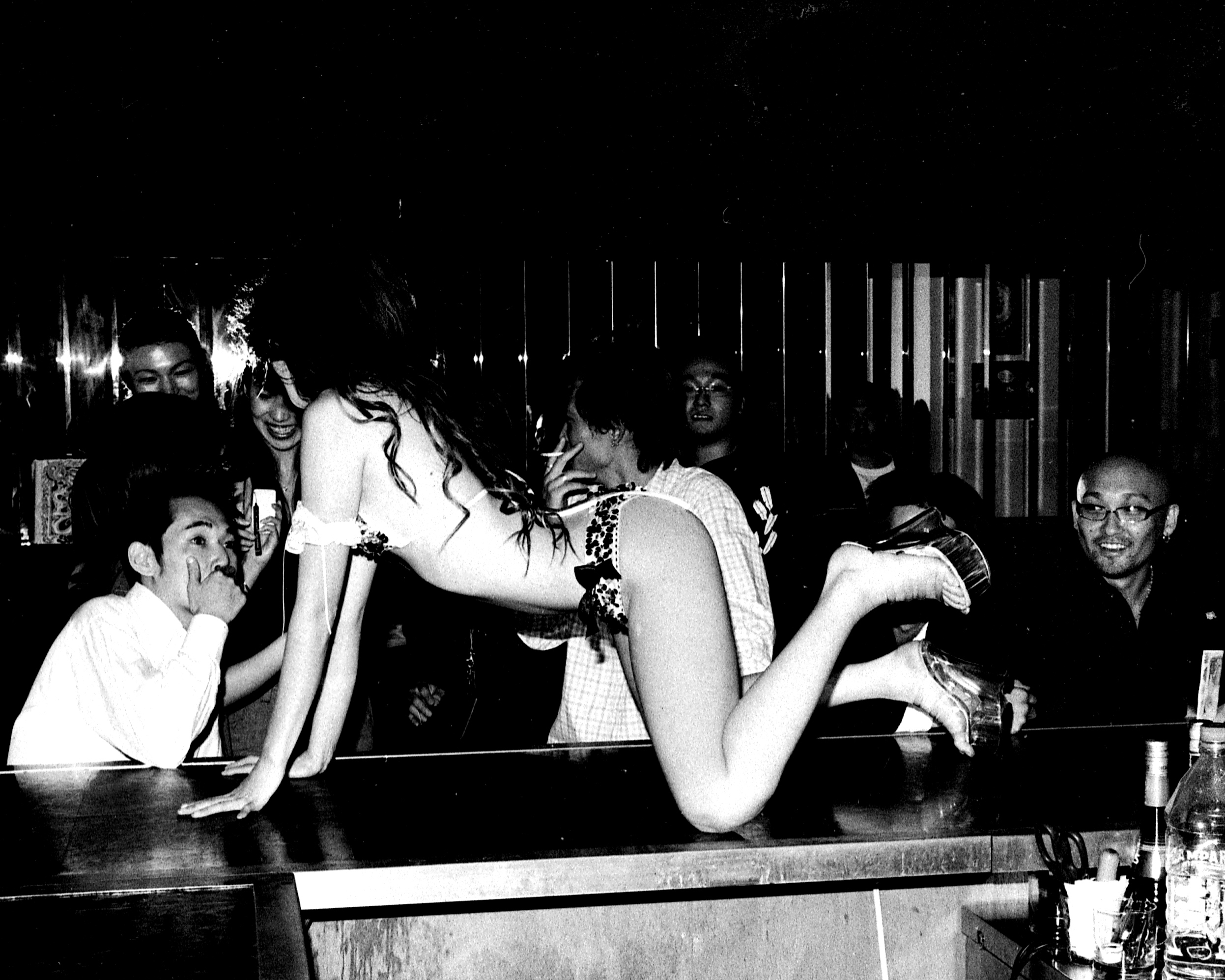 I was a Freshman in college trying to make ends meet when I got a job at Taboo Gentleman’s Club in Martinsburg, WVA. I was a student by day and a stripper by night. Hustling men out of their cash to let them oogle my goodies. I had seen it all in my time there and had met just about every type of guy until one hot and humid night in July.

We were sponsoring a huge joint event with Girls Gone Wild. They were in town to tape a wild wet t-shirt contest and I had entered as a way to help my shift pass by. Over the course of the evening I spotted a man. He was tall, with brown hair, some ripped jeans, with a white tshirt accompanied by a red and black flannel. He smiled at me while I gave a female patron a lap dance, and when he did, I swore I could see some sort of bright yellow aura escort him. I ignored it, but each time I looked up, no matter where in the room he was, we seemed to meet and lock eyes. Moments later as I began to finish with my new frisky female friend, he approached me from behind and tucked a $100.00 into my hand.

“Buy the lady another dance.” he said through a slick gesture before disappearing into the packed crowd. Who did he think he was? Captain Save-A-Hoe? I didn’t need his pity money, I could make it on my own. Annoyed, I followed him through the crowd. Grabbing his attention as he found safety from the masses in a far, less inhabited corner of the club.

He barely looked at me as he was now busy with the attention of another female. I started again. But stopped as he continued to subtly dismiss me. I stormed off even more annoyed but $100.00 richer so I let it be. Moments later the t-shirt contestants were summoned to the stage and I forgot all about him as I focused on the prize at hand. I got up on stage, danced my heart out, placing second out of fifty contenders. As I stood on stage, time began to freeze, I caught the gaze of this mystery man again, and for some reason our locked eyes, could not look away. Once off stage, we managed to cross paths by accident once more. I decided to take matters into my own hands as he clearly wasn’t going to make the first move.

“I’m Genie.” I said, attempting to be louder than the song blaring from the stage’s speakers.

He was hot. Tall, early thirties, a strong build with a scruffy beard. We locked eyes and stared at one another until I found words again.

“You want to get out of here?” I asked, knowing i’d get my ass kicked for leaving early at Taboo Gentleman’s Club, but I didn’t care. He nodded and we both set off to gather our things and alert our friends before sneaking out together and heading for my 5 series. I threw my stuff in the back and then it donned on me, was I really going to take a complete stranger home from the club? I lived almost two hours away and the drive was ideal for a kidnapping and murder crime. I stopped, and propositioned him.

“Let’s just fuck right here.” It was dark enough in the gravel parking lot behind the club. Might be public, but I had tinted windows. After a few minutes of fumbling around we both agreed it was a failure.

Was this fate? I drove over two hours each way just to work at Taboo Gentleman’s Club each weekend and this sexy man just so happens to live two hours away as well? How was a complete stranger was living in a bordering town and we had never crossed paths? I decided it was clearly some sort of divine intervention or destiny. So I threw caution to the wind and we set off on the two hour ride home. After a long drive, crossing state lines and personal boundaries, we pulled up to his driveway and into a one night stand I would never forget.

Call one of our HOT young ladies tonight for whatever fetish phone sex you want!