Sugarbaby Story; He Had Needs And I Knew What I Wanted 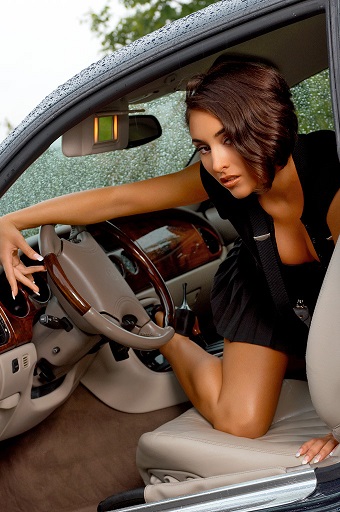 I Never Knew That I’d Be A Sugarbaby

The last year and a half I had my very own sugarbaby story going on. I met this man, a much, much older man. He is really wealthy with a frigid wife that “cut him off” years ago in the bedroom. He asked me if I would be open to having some kind of mutually beneficial arrangement with him. I knew immediately what he meant. I used to be a little teen tease but this was different. He is in his seventies, but you could tell he’d been an attractive man back in the day. He promised it would be worth my while. And He started by taking me to expensive, five-star restaurants, which I loved.

He Was Serious About Treating Me Right

He also bought me many beautiful, expensive designer clothes. I could tell he was serious about treating me right. He laid out the terms of his plan, seeing him on demand several times a week. I agreed. He bought me a beautiful car and we went away for a weekend getaway on his company plane. I knew he’d likely never been a member of the mile-high club. So I wanted to introduce him to the pleasure. His pilot had been told there was no need for anyone to come into the cabin, so we had complete privacy.

It Took A Little Longer To Get Him Going

I stripped down in front of him and spun around so he could take me in, and then knelt before him. I took his wrinkled cock in my hand and pumped it, it soon grew. Maybe a bit slower than a younger man’s, but it got there. I licked it and felt his hand on the back of my head as I deep throated his hard shaft. He seemed to enjoy my attention. I don’t think he’d had a blow job in several years. Then I sat on his lap, facing away from him, and rode his cock. His arms wrapped around me, his thumbs toying with my nipples. I rotated my hips in little circles until I made myself cum on his cock. He soon shot his load into my pussy after I came. We landed a while later and had sex several times over the weekend.

He Was Worth A Lot Of Money

I guessed my sex machine performance on the weekend away quite captured him. He bought me a condo shortly after we returned. I was really cleaning up with his gifts. I still was on call around the clock and had to slip out many times to be with him. They weren’t always convenient times for me, but he was more than paying for it. I’d never had such a beautiful wardrobe of clothes and of shoes. He’d often stop by after work, he was still the CEO at his enormous company. His wife was used to his odd hours and never questioned them. I was waiting in lovely lingerie for him each and every time. He’d call and give me around an hour’s notice when he’d be stopping over.

It’s Time For Something New

He loved the fire engine red merry widow I’d picked out. Done up with black stockings and a garter belt and high heels. I answered the door and had a drink waiting for him when he’d arrive. He’d enjoy his drink while I gave him a slow blow job. Then we’d go to the bedroom and play. He’d said he’d always been curious about a strap-on but knew his wife would never do such a thing. I bought one after his comment and pulled it out. His eyes grew wide as I stepped into the harness and lubed up the toy.

It Was A Good Hot Start

I told him to get on all fours on the bed. He did as he was told. He knelt down on his elbows, presenting his ass to me. I eased the toy in and began to fuck him. He let out a howl like I’d never heard before. I was worried I’d hurt him, although I’d gotten a fairly small, five-inch one. He said the pleasure was driving him out of his mind. So I proceeded. He reached underneath himself and began to masturbate his cock as I fucked him. I gave a few powerful thrusts and he shot his load. He paid me back by licking my pussy for a long time and I had to admit he was good at it.

I knew this sugarbaby story couldn’t last forever though. I told him I’d greatly appreciated our time together, but I thought it was time to part ways. He seemed disappointed for sure, but I couldn’t go on any longer. I had a beautiful condo, a lovely car, and tons of clothes and shoes. It had certainly been a wise and profitable relationship for me. I’m sure another sugarbaby story might have been a longer-lasting one, but this one was long enough for me.

I sure love to do all kinds of fun, sexy roleplay, and dirty talk. Give me a call for the best phone sex you’ll find!