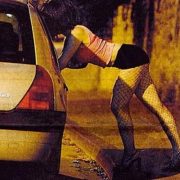 This guy had a profile online that said he was looking for a house call, which we turned into a sugar daddy threesome. I was on this site for sugar daddy dating to receive spoils and have some fun. Finally, I found some guy who was willing to fly to my state and rent a car to spend some time with me. More importantly, he offered me a rather pleasant sum of money. I mentioned that I had this friend who he would love. This piqued his curiosity. He offered me an even more substantial amount of money if I brought my friend. I told him that I would bring her, but only if I could convince her. He was much older than me. He probably tripled my age.

This, however, was no problem for my friend since she loved older men. I felt slightly interested in them, as well. She was cautious with strangers, though. This interaction was going to take some convincing. When she arrived home, I tried to present the idea to her in a very safe sounding way. Then, I brought up that there would be a relatively large cash prize in it for her if she participated. I told her that we would be at a hotel, so we could scream if things grew unsafe. She had a thing for rich men in power, so I knew that this would not cause any problems for her. Finally, after plenty of reassurance, she decided to come with me.

She was kind of a party slut, so I made sure to mention that he told me he was bringing party favors.

We both met him at the bar inside the restaurant of the hotel. We dressed up in super short cocktail dresses. Mine was red, and hers was black. She had golden heels, and I had black stilettos. We sat there, and he bought us a super expensive sushi meal. Then, afterward, he led us up to the hotel room. He had some high-quality wine sent up to his room. We all started drinking, and he started cutting up likes of who knows what for my friend. I could not partake because I had an exam the next day that I already blew off studying for. I had my share of the wine, though. He handed us both what he promised and then some.

Then he kissed my friend, and we all moved over to the bed. He told my friend and me to make out, so we started kissing. It was hot, feeling watched so aggressively. My friend and I kissed before, so this was nothing new to me. It was fun having the encouragement of somebody older than our dads, though. My father would keel over and die if he met this guy. My father is a prideful man, so someone just dealing out cash to his spoiled little girl would drive him crazy! I got down on my knees, and my friend helped me yank his pants down. We both sucked his cock at the same time, and he already looked like he couldn’t take it!

We stood up and did a little striptease.

For teen phone sex, give me a call! Read more of my blogs for bi-curious swingers!