Strap On Play; Feeling Sexy And Powerful When I Fuck Him 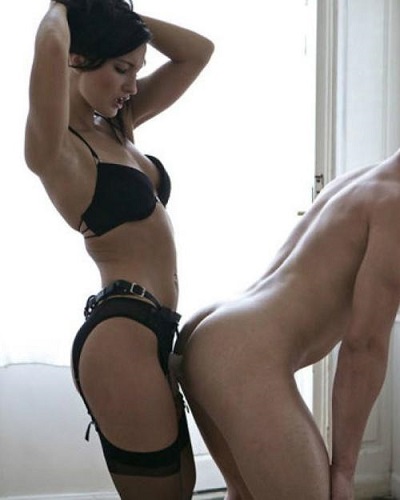 1 year ago
Adult Phone Chat,Strap on

Strap on play makes me feel sexy and powerful

A girlfriend of mine asked me if I’d ever tried strap on play with a boyfriend and I said no. She suggested I try it and see how sexy and powerful it would make me feel.  She had a fem Domme Fetish I was a bit hesitant to try it, but when I finally did, boy, was she right. I decided to take the plunge and go to a sex shop and buy one. My boyfriend had no idea. I wasn’t even sure he’d be game to try such a thing, but I wanted to be prepared if he was. He saw the bag from the sex shop laying on the bed and asked what was inside. I got a devilish smile on my face. He knew that meant trouble.

He was a little nervous about my strap on play idea

I asked him what he thought about maybe trying some strap on play. The look on his face was priceless. He looked a bit shocked, and I burst out laughing. He said he’d be open to trying it, but he couldn’t make any promises about liking it. I said that was good enough. So he reached for the bag and pulled out a strap-on and a harness for it. We got undressed, and he looked a bit nervous. I got a small one, five inches, to start. I didn’t want to overwhelm the poor guy and come at him with a huge one the first time out. And I stepped into the harness and attached the strap on and lubed it up generously. My boyfriend bent over and prepared to get fucked for the first time ever.

Since it was a hit with my boyfriend, I decided to make another trip to the sex shop. I was going to get another one for my secret fuck buddy. My boyfriend didn’t know about him, but that’s a different story. I thought he too might enjoy some strap-on play. I had a date with him that night and went over to his place, sex shop bag in hand. Another wicked smile on my face. Now he was a bit of a submissive type to begin with, so I knew he wouldn’t be hard to convince. I said I had a surprise and went into the bathroom as he was waiting in bed. I came out in the harness and strap on, and nothing else. He was definitely into it as soon as he saw it.

I Fucked His Little Man Pussy

I knew this was going to be a hit with him, and it was. He got on all fours before I even asked him to. He was elbows down, ass up, and howling like an animal as I fucked him with enthusiasm and one wicked strap on. I knew this had been the way to go. My feelings of being a strong, confidant, powerful woman were through the roof as I fucked his little man pussy. He shot very hard and soon asked for a second round of strap on play. I do wish I’d been into this sooner, I’d have been game to try this ages ago, had I thought of it. Both my lovers were eager to try it. I’d had no clue my secret lover had previous experience with it and was happy to see me come out wearing it.

I Was Rewarded With Some Pussy Worship

The strap-on play was not going to be a regular part of my sexual repertoire. He rewarded me with some fantastic pussy licking afterward of appreciation for fucking them so well. My pussy is always ready to be worshiped and licked, and apparently getting fucked with a strap on works. You just have to try new things once and a while, it just might turn out really well for all involved.

I love trying all kinds of fetishes.

Call me for some hot fetish phone sex