Sexy Waitress Gets A Hot Tip 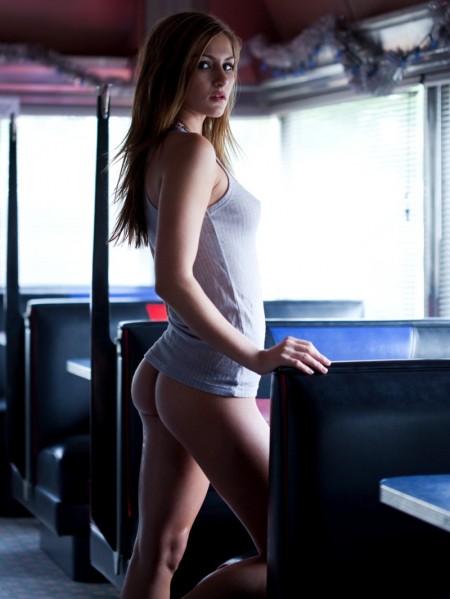 To make some side money while in school, I used to waitress at this dive place near the main highway. We got mostly travellers from out of state, stopping for a quick bite to eat or to ask directions. One day during my night shift, a group of guys came in for a quick meal. One of them was super cute and I couldn’t stop starring at his bright blue eyes.

After taking their order and going back to behind the counter, I couldn’t help but sneak in a few glances and a few times we locked eyes. When they were done, I brought the check and the guy said he’d pay as his pals walked out of the diner. He told me how pretty I was and when was my next break. 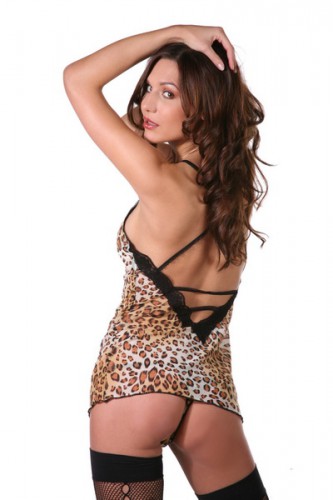 I told him I’d be able to take it whenever and asked him to meet me behind the diner in five. I knew what he wanted and so did I, and knew we’d fool around a bit (it wasn’t the first time I’d done it). When we finally met out back, we took once look at each other and then started to make out passionately. He unbuttoned my top shirt with one hand and then slid the other under my skirt and started to pat my pussy over my underwear before sliding his finger in to bang me. The harder he did it the wetter I got and I came within minutes. With my pussy now wet, he unbuckled his jeans and took out his solid, hard dick and slid inside of me as I was pushed up against the back of the diner.

As he fucked me hard, I dug my nails into his bag, asking for more. The sensation paired with the cool of night gave me goose bumps. I then slid my hands down his back and grabbed his ass so tight I think I left scratch marks on his behind. I guess that push deeper in me that I swear I thought his dick was going to go right through me.

When we were done, I thanked him for such a pleasurable break and told him to come by again whenever he felt like a midnight snack!