Sex In Space: The Billionaire Secret Colonies of the Finest Part Two. 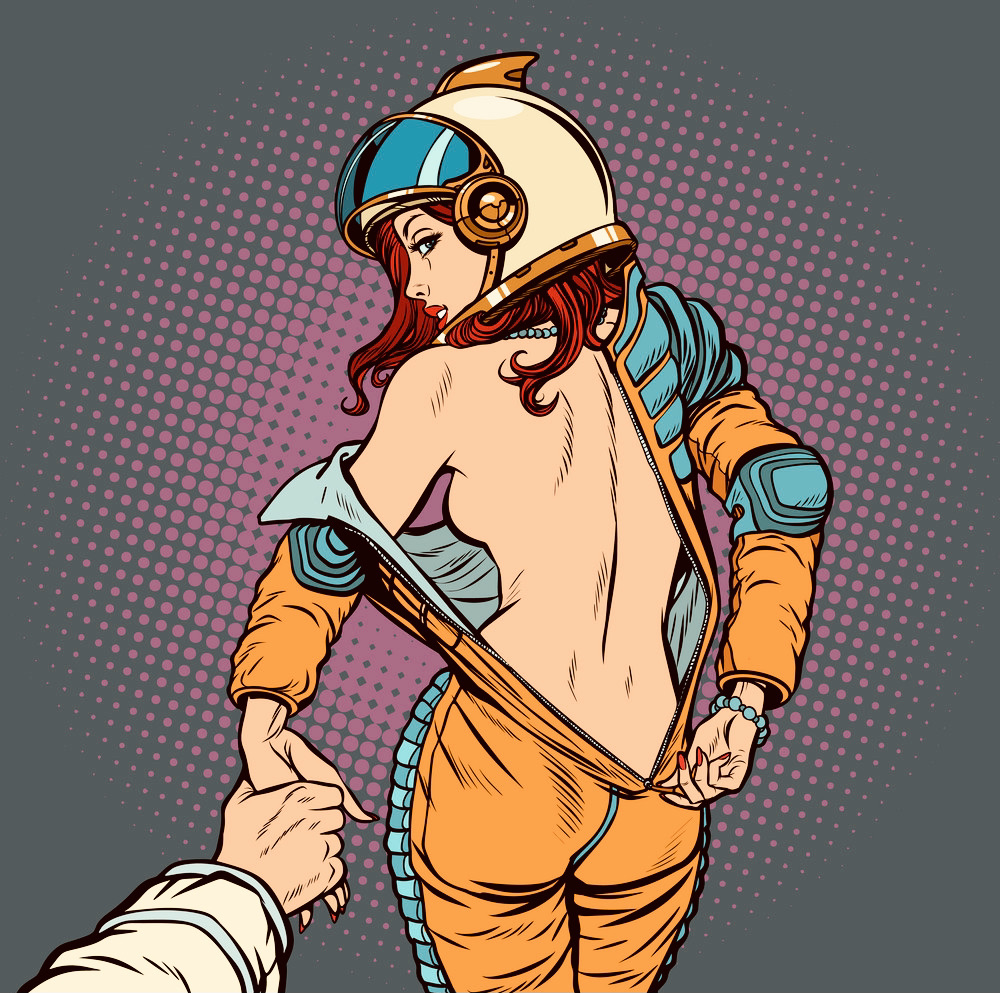 My first night was a bit of a disappointment as you all well know. If not, make sure to read Jezebels in Space to keep you up to speed. The night was a bit premature, to say the least.  Sex in space was yet to happen, ironic considering it was my sole purpose for being there. Yes, one could argue we were there to repopulate the world. We were “anticipating” the pandemic ending life on earth as we know it, but let’s be real. We were 100 hot girls with one man to please, well at least that’s what he thought.

My second night definitely left more to my imagination.

The colony had blue collar men running the fleet. They manned the engines and kept the colony a well oiled machine. The jezebels weren’t exactly supposed to wander, but whenever we got caught, we pretended we were too dumb to know. A few of the girls and I would sneak down to see the men at work. Sweating, dirty, and using their hands how real men do, we couldn’t resist spying like school girls. Night two was looking up. Sex in space seemed very viable, but even better, not with the Dr. Evil look alike we were all there for. Unfortunately, the night came and went and another began.

On night three, my usual group of girls went off to bed while I stayed behind dreaming of sex in space.

As I peaked down getting my thrill of the night, I felt a hand grab my shoulder. Scared but ready to play stupid, I turned around to see him. I momentarily thought our rocket exploded on lift off and this was all a dream that suddenly became too good to be true. The most beautiful man I had ever seen. The other girls couldn’t have known about him, and I planned on keeping it that way. I was going to have sex in space, it was just a matter of time.

He asked what I was doing there while giving a smile.

I returned a smirk and turned my body to face him. He looked me up and down. He took a deep breath and said “I’m afraid I’m going to have to take you to the brig.” We walked along the brightly lit hallway that seemed to last a lifetime. I could feel my gold leotard tightening in the chest, and my skin felt like it was vibrating. I was nervous and turned on at the same time.  Was I about to be shoved into an airlock and blown into space? Was sex in space off the table for me after all?

A guard turned the corner and my working man threw me in an empty doorway.

He covered my mouth and urged me to be quiet. His hands were so massive I thought I would melt. He pulled me into an empty room and realized he was putting himself at risk for helping me.  I quickly undressed as he was turned around. I didn’t want him to regret his decision. When he finally turned back I was standing there, only in my gold go go boots.

One Reply to “Sex In Space: The Billionaire Secret Colonies of the Finest Part Two.”