Seducing My Coach: He Didn’t Stand A Chance Against Cheerleaders 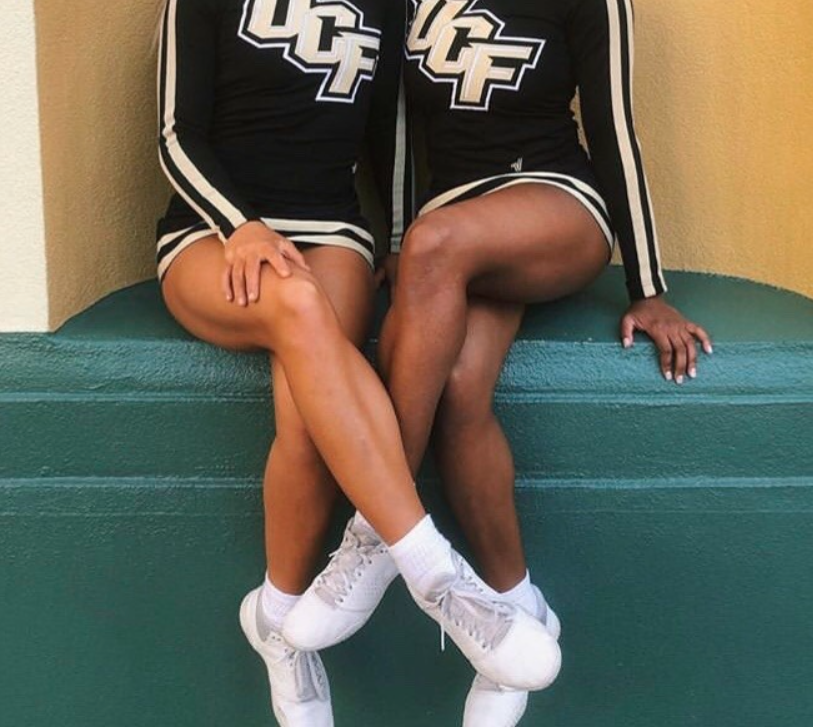 The fun of seducing my coach.

Seducing my coach had never been so easy. What a little horndog he was! It was so ridiculously easy to draw him in. But the lack of a challenge didn’t stop me from going for it. My cheerleading coach in college was handsome, flirty, and married. What a triple threat, right? He always flirted with the girls but sported his wedding ring so they wouldn’t really try anything. Still, that presents a challenge to most college girls, don’t you think? We see his flirty demeanor, then the ring, and take it as an invitation. It’s a challenge. At least, it’s a challenge to the flirty and morally corrupt ones…like me!

And who am I to deny my daydreams of seducing my coach? He was a sporty young guy that went running daily after our cheerleading practice. To make it even better, he liked to run around the track shirtless. If he wore anything, it was usually a little black wifebeater that showed everything off anyway. Now, to a pack of cheerleaders, he was bait. He was bait on fire with a road flare on top. Can you imagine how horny he made us all? He knew just how to draw out the crazy side, the mischievous side that didn’t quite care if we got caught.

Several girls did, really. We all knew of each other’s antics and shared the stories easily whenever we hung out. But it was finally my turn to seducing my coach. I stole my chance the first time I got it. He stayed in his office late one evening, after his daily run around the track. I stayed late that day, working out a bit longer just to stay after-hours with him. After my shower, I grabbed up my things and walked past his office. Then I walked past it again, knowing he could see me through the blinds. And of course, I wore a tiny little towel wrapped around myself, knowing he could see that too. His eyes followed me hungrily past the windows.

Then, I dared to knock on the door. He jumped a bit, clearly shocked that I was actually there for him. When he opened the door, I flashed a sly little smile. “You always work this late?” I asked. He stammered but played it cool, trying to pretend he didn’t have a soaking wet cheerleader wrapped in a towel in front of him. Still, I broke his nerves and reserve easily. I dropped my hand gently, grazing my fingertips along his arm as I stepped towards him. Seducing my coach was as easy as pie. Then, I tugged gently at his belt, looking up at him as we spoke in murmurs.

He grew hard for me instantly.

What a little freak, right? His daydreams flashed in his eyes the second my hands were at his waist. He couldn’t hold it back from me, and he certainly daydreamed of me seducing my coach too. He’d been the star of that show plenty of times with some of the other girls. And I was no stranger to being the sexy young neighbor and seducing someone I shouldn’t. And now, he was mine. I leaned into him, stealing kisses at his neck. He couldn’t help himself. He dropped his hands to my sides, hungrily pulling me into the room. Just like that, he locked the door behind me, shutting the blinds swiftly, in a hurry. It all rattled behind me as I kissed and stole bites at his neck.

He indulged in it like he was starved of affection. And I knew he wasn’t; he loved his teen phone sex and his naughty cheerleaders.  The girls definitely gossiped about that too. There was little that we didn’t talk about… like his big dick. As soon as the first one found out how hard and thick he was, we all wanted it. And there I was, ripping at his shirt, tugging at his belt. I begged for him to fuck me, and he certainly delivered. Seducing my coach was the naughtiest thing I did that year, but it certainly wasn’t the last time I did it. I became his little cheerleader slut. I craved his cock every chance I could get it.

One Reply to “Seducing My Coach: He Didn’t Stand A Chance Against Cheerleaders”