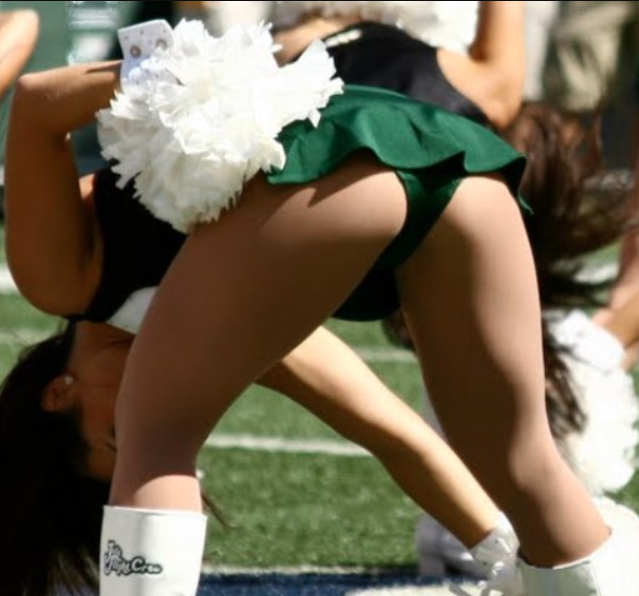 Cheerleaders pegging their coach for a little revenge! See, I had tons of fun seducing my coach last time around… but let’s be honest, I have a naughty streak that needed to be fulfilled. I have a penchant for kink that I have to let out from time to time! And the other girls on my team were no different. They loved to let their freak flag fly. In fact, some of them did some naughty hazing tactics on their own girls, and they loved to use toys like strap-ons and vibrators for it. Sometimes it mimicked the real naughty hazing rituals of the sororities, but we liked to do it cheerleader-style. So, we liked to wear our little uniforms and make the new teammates wear them too while they fucked those toys for us!

So we lured him in.

Before he knew it, he’d drank down a couple of beers and a little mixed drink with some X in it. He was buzzing, and so were we. We got him to lay back on the couch, and we descended on him in a flurry of kisses and teasing. As soon as he grew rock hard for us, the toys came out, and his pants dropped down. We spoiled and blew him at first like all the best phone sex fantasies he’d ever daydreamed of. We practically sent him to heaven once we really started with him. But then, the strap-ons came out. All the fantasies of cheerleaders pegging their coach flashed before his eyes.

He was ours to fuck now.

His eyes lit up in curious wonder the first time he saw our big, thick strap-ons. To make it even better, we had some that vibrated! So once his pants were off, and he felt the cooling sensation of our lube on his ass, the games were on. I brought my thick strap-on to his face at first, forcing him to lick it and suck on it like a little slut. He obliged, looking up at me as I filled his mouth and throat with my rock-hard cock. Then, the girls descended on him. Cheerleaders pegging their coach hard and deep as they should! They spread his legs apart, and Chloe was the first to fuck him. Her big, pink strap-on stretched his ass out painfully slow, and he muffled a moan into my cock.