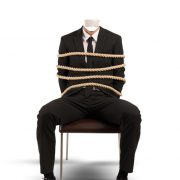 I found out that he was a secret cuckold when I had this guy over to study with me. My boyfriend kept spying on me through the crack in the door. Now let me make this clear, the guy from my class kissed me, I did not kiss him. As a sweet and loyal girlfriend, I rejected him and ended our little study session a bit early. I knew since my boyfriend was spying that we were going to have a talk about it. I sat him down and told him that he just kissed me out of nowhere. He told me that he couldn’t blame him because I was so hot. I giggled and glanced down to see that his cock bulged out of his jeans.

I asked him if he was actually hard! He got suuper defensive and denied it, but that already affirmed what I was guessing. He was totally into it! I teased him about it and he turned bright red and got all frustrated. What ridiculous repressive behavior! How dare he feel so much shame when I am the most open-minded girlfriend ever! I was going to force this little bi-cuckold right out of his sad little closet! Time for a little self-discovery and honesty. I told him that I wanted to fuck him and that his jealousy made me horny. I pulled a chair from the kitchen and set it in the middle of my room. Then I told him to strip. He seemed wary and confused. I tied his arms and legs apart and rendered him completely helpless.

I made sure that all he could do was move his right hand up and down.

His cock stood up! I left him there while I coordinated a little rendezvous. I found two people who were down for an orgy-like situation. They came over quite swiftly, but I was totally fine with making him wait in a little bit of self-reflection. When they came over, I guided them to my room. They both looked at my tied up little boyfriend and panic spread across his face. He asked me what they were doing and what the fuck was going on. I told him that they were his surprise for the day! I started stripping both the guy and the girl in front him and he just froze awkwardly. Dropping to my knees, I began sucking the guy’s cock while my boyfriend watched.