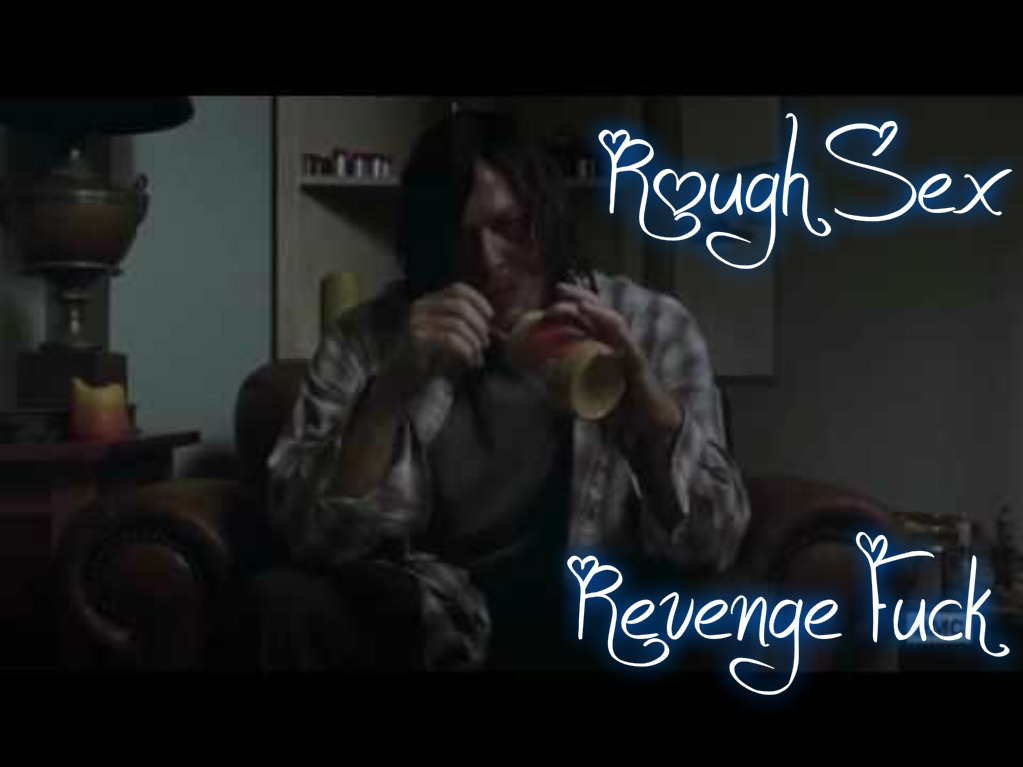 Rough sex is something no one could ever turn down.

I was just taking a stroll. When I walked into one of the deserted rooms my eyes grew so wide. I couldn’t believe what I saw. Daryl was sitting there eating like a whole jar of peanut butter. The only thing that came out of my mouth was “what the fuck?” I couldn’t even think of anything else to say.

He turned around and had the look of venom in his eyes like a viper set on its prey. I actually didn’t have a weapon on me and he looked like he didn’t need one. I backed up remembering all the nasty, kinky things I’d done to him. So I really thought I was going to die.

Daryl advanced toward me looking so pissed. He was only inches away from me when he wrapped his huge hand around my throat. His eyes met mine as he choked me. I struggled for breath while his other hand rummaged through my trench coat. I had plans to torment him some more and was actually on my way to get my knife. Of course, he found the damn strap on I had. He pulled it out and brought it to level with my eyes so I could see it.

He loosened the pressure around my neck just enough to keep me conscious.

I gagged and spluttered. He took his time sliding the strap-on up his legs after he took off his pants. Daryl gripped me by my throat again and shoved me hard against the wall.

He literally had the strength to rip my pants off my body. I stood there quivering while he grabbed me by my hair. He shoved my face onto an empty desk with my ass in the air. My screams were muffled by the pressure he had on my head. “It’s called payback bitch.” He growled.

I squeezed my eyes shut as he rammed both cocks deep into my holes. He rocked into me so hard the desk started creaking. I thought it was going to collapse under the furious pounding he was giving me. The worst part about it was this rough sex made my pussy so incredibly wet.