The Road to Glory – Out West ♕ 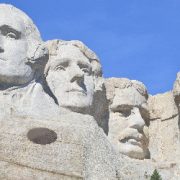 Are Glory Holes still a thing?

“Sure, how long you wanna spend with me?”

“I only need 20 minutes tonight; unfortunately, the drive across the country was not worth this encounter . . .”

“Kelsey, I decided to drive across the country and find all the glory holes, coast to coast.  Are you familiar with the term glory hole?”

“I thought those places were for men who wanted to suck cock.”

Was it worth the Gas?

After leaving the Big Black Apple, a glory hole in New York City, I made my way to Washington State, the only state named after a president.  Along the way, I stopped many times.  During one of my stops in Michigan, I picked up Ramone, my best friend.  Ramone and I share many interests; one of them is our love for dick, Big Black Dicks!

When we finally arrived in State that bears our country’s first president’s name, it was not difficult to find a place to be naughty.  The locals gave us several places to have a good time, so we started with the first one on our list of glory holes – George’s Cabinet Member!  When we arrive, we were not sure if we were in the right place. The door did not have and special markings or symbols.  We knocked and then tried to turn the doorknob.  The door is locked, but after a few minutes, it simply comes ajar.

Ramone and I pushed the door and entered the building.  There were arrows lit up on the floor, like at the glory hole in NYC.  We followed the arrows, and it took us to a huge room.  The room had dim lighting and walls with holes that lined the room.  In the middle of the room were women, lots of women.  Some women were licking pussy.  Other women were playing with their pussy.  Still, others were not doing anything; they just looked angry and discussed.  As I continued to scan the room, I noticed that the holes along the walls were empty.  Not one dick in sight!

Where the Hell are all the Peckers?

“Rachelle, what the hell is going on here?” Ramone says.  “All I see when I look around this room is PUSSY, and you know I don’t do PUSSY!”  I look for a woman that is not actively engaged, and I tap her on the shoulder . . . “Excuse me, I say politely, what happened here?”  The woman with the look of disgust says, “I have been coming here at least three times a week for eight weeks, and I haven’t gotten any dick, big or small, black or white.”  She continues, “The holes have simply dried up!”

I can’t believe that a Glory Hole has empty holes.

As I am baffled with disbelieve, Ramone suggests that we try another one of the other places on our list.  I took the road to glory out west, and we are coming up empty! We leave George’s Cabinet Member and go in search of George’s Presidential Palace.  When we arrive, the door has a small replica of Mount Rushmore burned into the huge wooden doors that greet us.  As we stand at the door, a voice says, “Use your thumbs to press on the keypad and enter.”  Ramone and I place our thumbs on the keypad one at a time, and the doors open.  Just inside the door, there is a virtual concierge.  “Welcome to George’s Presidential Palace!  What’s your pleasure?”

Ramone and I look at each other we ask the virtual concierge, “What are our options?” “Tonight’s menu includes PUSSY.  All our glory holes are empty!”

“What the hell is going on in Washington, state?” Ramone says.  “We need to leave and drive to another state!”

“Kelsey, I do not know what happened in Washington State; the road to glory out west was a bust in Washington State!  After our experience at two establishments that were supposed to have lots of dick for us, we got in our car and drove back to the East Coast.”   Isn’t that a crazy story?

“I can tell you about my other encounters at the glory holes in both Maine and the big apple on our next call, Kelsey.  The Road to Glory is not over; I am just going to take some time off to decide where I will go next!”