Restroom sex to spice up an annoying airport layover! 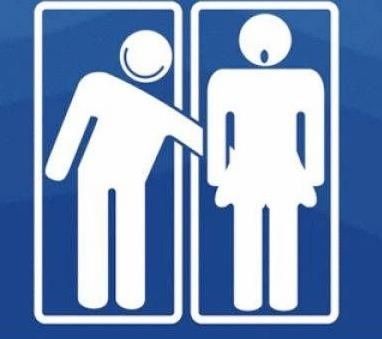 A little naughty restroom sex to spice up a layover..

Restroom sex always seemed like a high school thing.. Something all the bad girls did, the ‘sluts’, and anyone who generally didn’t respect themselves! But boy was everyone wrong! Of course, I was one of those girls. Sometimes it felt too dirty to even try, specially in the worst bathrooms.. but lately, I’ve learned a new appreciation for taking a little kinky break in the bathroom. The girls at sex shops often joked that they’d pop a little vibrator in their purse and go enjoy themselves on their break or before work.. but I never got the thrill of it until I had to take a long flight to LA, and got an unexpectedly long layover in Salt Lake City. There was nothing to do there, not for a girl like me, and it was too short of a wait to leave the airport and explore, but too long to just stare at my phone blankly for hours.

So I started chatting it up with one of the guys who was stuck with the same wait, though he’d been there for an hour longer. Some kind of connecting flight fiasco. Either way, he was a slightly older man, in a suit.. I assumed some kind of businessman stuck in the hell of flying around from meeting to meeting. So a little flirting, chatting, and a few winks and bedroom eyes later.. I had him wrapped around my finger. And I slowly learned that maybe, getting in a little trouble sometimes is worth it. I threw the idea at him, expecting him to shut it down.. but a sly boyish smile came out, like I’d just brought out his old wild side, and he was completely down for it. We sneaked away from the waiting area like we were going to take a quick look at some of the shops.. and then, when no one was looking, I slipped into the men’s bathroom. And a few minutes later, he followed me in. Restroom sex had never been so much fun.. Rough, fast, and quiet at the same time so that nobody would really worry about it. He made me cum twice! and I didn’t think we could switch into so many positions.. it was public, yet discreet. Safe, but thrilling. Kind of a perfect middle ground for having a little fun..