Raped in My Own Bedroom 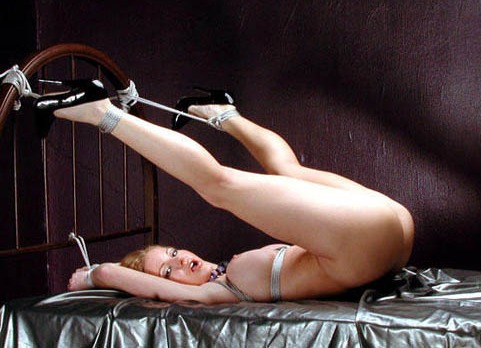 I walked into my house after a long day of work.  It was pretty quiet as I started to set my things down.  Then I heard a faint rustling sound coming from my room down the hall.  My boyfriend shows up whenever he wants to and sometimes surprises me when I get off of work so I figured it was just him.  As I got closer to the door I realized that it sounded more like a struggle than normal movement.  I pushed the door open to see a big black man standing over my boyfriend tied to a chair with a gag in his mouth.  The man turned quickly toward the door and said, “Well, there is that hot little bitch I’ve been seeing around town.”  I tried to turn and run but he had grabbed onto my hair and was pulling me into the room.  “I’ve been watching you, pretty lady, just waitin’ for the right time to get you all alone.  I had it all planned out till’ this little fuck showed up.” He said while kicking the chair my boyfriend was in and throwing me down on the bed.

I tried to roll off of the bed and get out of the room but he had me pinned down before I could even get halfway off.  “Oh no you don’t,” he said, “I’m gonna show you what happens to pretty little teases like you.”  He pulled out a roll of duct tape and wrapped it around my wrists.  Now bound together he secured them to the headboard with about 2 feet of extra between me and the rail.  “Since pretty boy here decided to crash my party, he’s gonna get to watch what I have planned for you.”  I tried to struggle out of his grasp, screaming as he clawed at my body trying to hold me down.  He finally had enough and slapped me hard across the face.  “OOWWWW” I screamed as the initial sting of his open hand started to spread.  “You better shut your fucking mouth or next time, my hand won’t be open.  You understand?” he asked.  “Yes Sir.” I replied, starting to cry.  I began begging him, “Please, let us go.  I promise, I won’t tell anyone that you were even here.”  “Oh, I’m not going anywhere, and I promise…you won’t be telling a soul about anything that is gonna happen.” He said.

I continued weeping, tears streaming down my swollen cheek.  I was looking all over my room for something, anything to get us out of this situation.  There was nothing that I would be able to get to.  With my hands bound all I had left were my legs.  I would just have to wait for him to get in a good enough position that I could put all of my force behind the blow.  He stood up off of the bed, walked over to a bag that he had lying on the floor and pulled out a very sharp looking knife.  Looking over at me, he pointed the knife right at me and said, “Now don’t you go tryin’ nothin’, understand?  Or I’ll make sure you and you’re pretty boy here don’t look so pretty no more.”  No way was I going to risk fighting him now.  The only thing I could think of was to cooperate and hopefully he would let us go like he said.  I was about to get raped and there wasn’t anything I could do about it.

He undid his pants, sliding them down his thick black legs, revealing the biggest cock I had EVER seen!!  There was no way that thing was going to fit in my pussy!  He must have seen the pure look of terror on my face as I lay there gawking at his enormous member because he laughed long and hard, “Oh don’t you worry, it’s gonna fit.  Your tight vanilla pussy is going to be GREAT wrapped tightly around this big fucking black cock!”  Give me a call and I’ll be happy to give you a spoiler on next week’s continuation J  Let me tell you in my sexy, sultry voice all of the naughty things that are about to be done to me…and maybe even my boyfriend.  Cuckold phone sex at it’s finest!!!