Public Sex Stories: Fucking in the club makes me squirt! 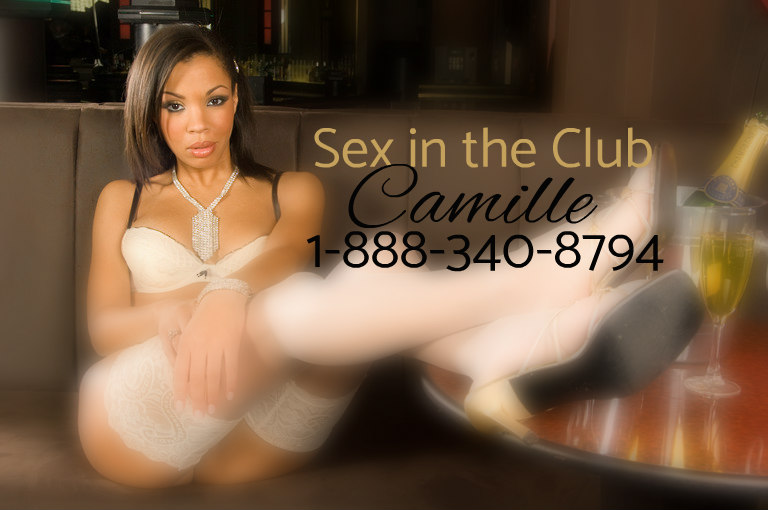 Public sex stories have always turned me on. Nothing gets hotter than being pounded in the club while onlookers watch. That’s exactly what happened to this ebony phone sex diva Friday night. I was online looking for something to get into.  I wanted to get dressed up and have some fun. That is when I came across a party at a local club.  They advertised it would be the shit and nothing but ballers in the building.  So I showered and got dressed in an outfit that would make a grown man cry.

Public Sex Stories: Fucking in the club makes me squirt!

After entering the club, the men knew that royalty had arrived. In no time he was sitting behind the velvet ropes of VIP being pursued by all kind of sexy ballers.  There was one, OMG he was sexy.  He was tall, dark and handsome.  He invited me to the dance floor, I grabbed his hand and followed him.   We dance hard and seductively, I loved grinding and shaking this ass all over his stiff dick.   His hands touching every inch of my body, I had to admit it was getting hot.  Finally, He slid my panties to the side and slid his fingers in my tight twat and finger banged me until I squirted.  Licking his fingers he told me he needed to feel that wet pussy on his dick.

He pulled me to the corner of the club, where some of the speakers were.  Lifting me up, he sat me on top of one of the speakers and bent down to dive his face between my thighs.  He ate that pussy like a champ, and another eruption shook my body.  He lifted is glazed face to mine and we kissed as he pulled that big dick out.   I felt him push that fat cock past my pussy lips and began to pound my cunt as the bass from the speaker vibrated my ass.

As I slid wet pussy on his girthy cock, I noticed several people staring some even stroking. Not caring I let him continued pound that pussy until he came.  Several cell phone captured that orgasmic moment.