A Fun Challenge for a Girl Like Me Is Breaking Proud Subs! 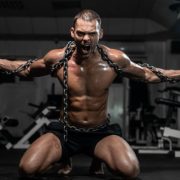 I love whipping and beating proud subs into submission.

There is nothing more satisfying than breaking overly proud subs. Sometimes it takes a little extra to break a stubborn subby bitch. If you are a dom, then you probably already know that subs like to test and push your buttons. They want to know that their actions have consequences. Of course, there are a few non-believers out there. Well, more than a few, who doubt my capacity as a cruel mistress. Yes, I am patient and merciful, and I almost always let my subjects cum. But, I mention this often, as it is a very prevalent part of my life as a bratty dom, I am frequently underestimated. It does not matter how big you are, how tough you think you are, or how proud you are.

I will break you if you test me. I am a sadistic little succubus who will bring you to your knees. But, every time, there is one sub, who makes the greatest mistake that one might make with me. They underestimate me, and they piss me the fuck off. I find it quite a hilarious mistake actually. I truly think that it is one of my greatest superpowers. The ability to make others underestimate me. I get away with everything due to my sweet little innocent face. Why? Because no one ever assumes that a tiny little ninety-pound girl could do so much damage or be capable of such atrocities. I am one mean-ass little girl capable of the highest levels of sadism.

It is beyond hilarious and satisfying. Though they are a rare breed, every now and then I will come across some ex-military or beefed-out cop who just needs a little lesson in humility. They did visit me searching for freedom of their prideful roles in the first place. I hold deep value in being humble. So, with consent, integrity, and patience, I set off trying to break those who deem themselves immuned to being broken. And, I enjoy every minute of it. I met this cocky ex-soldier online and he immediately started off by informing me that I shouldn’t make any jokes about him being a soldier, thus making him good at taking orders.

I thought, awe hell no. Already fucking rude as shit. Subs set limits, they most certainly do not make demands. I was clear and firm with him. I set the scene and informed him of the activities to come,  and the punishments for disobedience. It was time for this bitch to fucking learn the hard way. I instructed him to strip and fold his clothes beside him. They remained folded in perfect, crisp, clean condition. I gave him praise for his job well done, and just as I expected, he had something fucking mouthy to say. The expectation was not that his clothes appear folded in perfect condition, but that he acts humbly about it. And, I knew his bitch ass wouldn’t.

So, I immediately grab my handy dandy rattan cane.

My most trusted tool. I took three quick, hard swipes at the backs of his muscular thighs, and behold, that bitch was already on his knees.  No time to even duck away from me or attempt to escape. We hadn’t even begun! Now that he had a grasp of my sadism levels and capacity to be quick with a switch, he grew into a much better listener! So alert and attentive! I ordered his wrists out and together in front of his body. His body was pure rippling muscle. All the more fun to break into. I bound his wrists and strung him up to the grid on the ceiling. Nice and tight. I took a slice of sandpaper and lightly scrubbed the flesh on the entire back of his body. Then, I spritzed the raw skin with rubbing alcohol.

Then, with a bullwhip as beautiful as his back, I sliced into him relentlessly. After whipping his back, I slid a peeled ginger root in his ass. A nice, thick one. Then,  I caned his ass and thighs until finally, the most beautiful of all, those tears. A sobbing mess of a broken and proud man. Mr. tough guy, not so tough. I made him beg me to stop. I love to break proud subs.

For fetish phone sex, give me a call! Read more of my blogs for inexperienced subs!