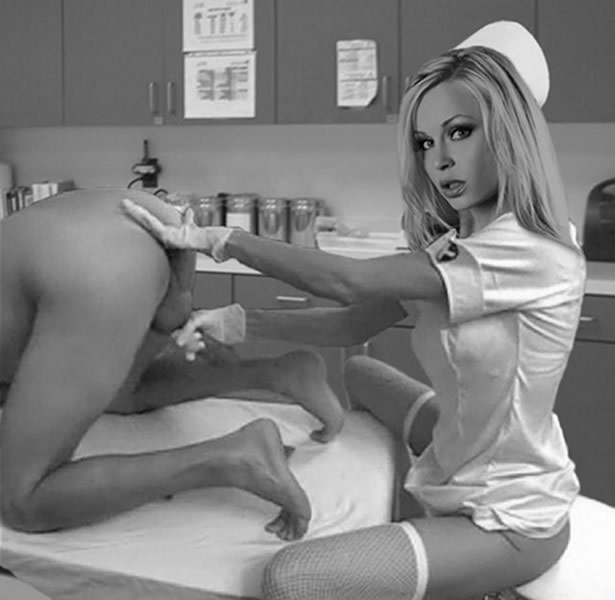 A client that called the other day told me all about this incident with a nurse and how aroused he got. He’s been going to this alternative medical center that not only offers Western medicine, but alternative therapies as well. Some of the stuff going on there seemed a bit unorthodox for sure, but he’s a bit of a health nut and always looking for treatments and therapies to be at the best possible peak to his health and he’s tried out some pretty far out things he’s told me about.

One of the things he’d read about that was supposed to be not only good for you but pleasurable is prostate milking. He told me how he got on the table and this pretty young nurse had him get up on all fours and she put on some gloves and lubed up her fingers and eased two of them in his ass. He said he felt embarrassed, but they both knew what was going to happen, so were prepared for it. His ass naturally tightened when she inserted her fingers, but she soon put him at ease and he relaxed.