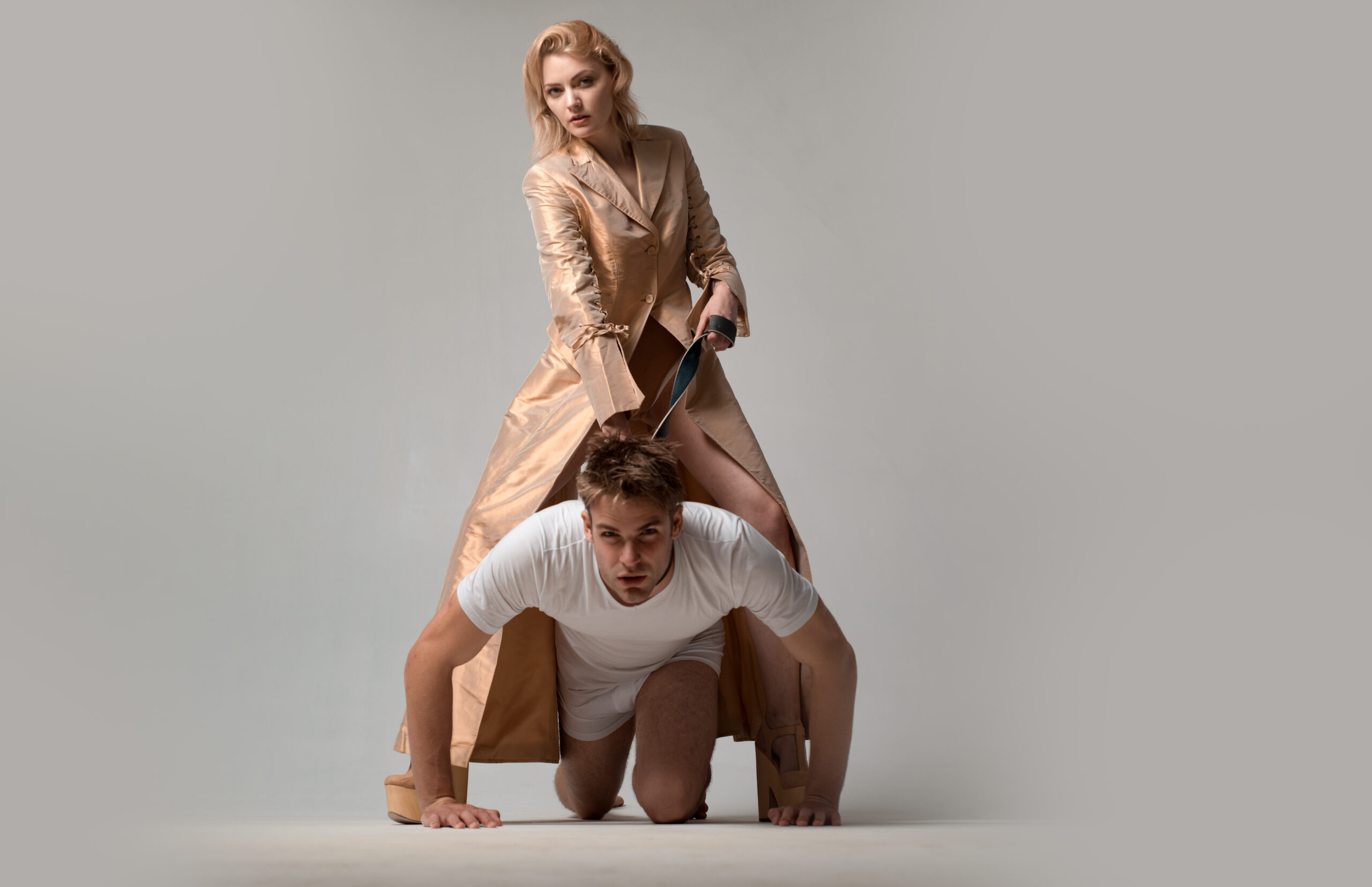 He has never told any of his girlfriends because he was afraid that they would think it was gay or something.  Why do so many guys think this? I can’t speak for all women, but I think it’s hot as fuck when a guy is secure enough to be that vulnerable with me.  I wanted to make Brian’s fantasy a reality so bad!!  The following weekend I told him to come over and hang out with me.

He thought we were just going to watch a movie but it was going to be a little more hands on than just that.  We sat on the couch and I hit “Play”.  A busty blonde came on the screen wearing a strap-on.  Brian started shifting and asked what we were watching.  I told him to just watch, it gets much better.  She walked over to a man who was sprawled across a bench. She lubed up his tight shit hole and started to slide in her nice big piece of rubber meat.  Brian’s breathing got heavier and I reached over, putting my hand in his lap. He was so hard that I could see the outline of his mushroom head through his pants.  I gently squeezed him and asked if he wanted to try that with me.  He seemed surprised but nodded and I took him into the bedroom.

We stripped down and he watched as I put on the strap-on.  This one was a little special.  It was double sided so half went inside my wet opening as I got to penetrate him with the other end.  I picked up a bottle from my night stand and made a show of lubing up the dildo.  I slowly slid my hand up and down my rubber shaft, pretending I was jerking it off.  Brian stared at me as he reached down and began to stroke himself in time with my movements.  When it was nice and slick I told Brian to get down on all fours.

He did and I got on the bed behind him. I put some lube on my fingers and spread it on his hole before pushing my middle finger inside of him.  He clenched tightly around me as I moved my finger in and out of his hole, loosening him up.

Soon he was rocking back and begging me to fuck him harder.  I reached around and grabbed his dick.  I stroked his meat in time with my thrusts in and out of his tight man pussy.  He began to moan non-stop.  I moved a bit faster as he let out a deep groan. I was hitting his prostate just right.  Then I stroked him harder, jerking up and down while giving a little twist on the down stroke.  He grunted and his seed shot out, covering my hand as I pressed my dildo deep inside of him, milking out every drop.

I slowly slid out of him and he collapsed on the bed. I lay down beside him and said that I’d be helping him explore his kinks from now on.  He pulled me into him, gave me a big kiss, and told me that I was the best friend anyone could ever wish for.  My fantasy got to come next though…Give me a call and let me tell you all about how he made my kinky ideas come to life!!