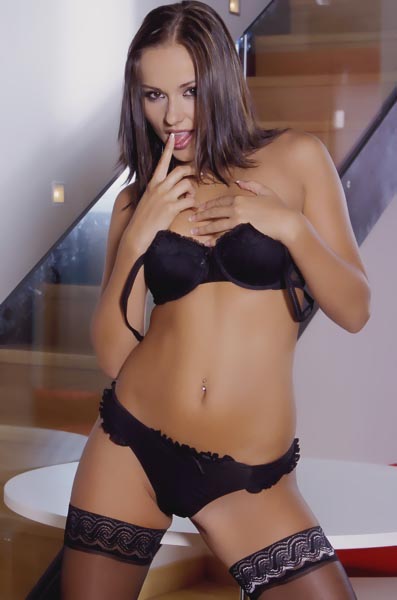 I had a feeling my brother’s friend who had been staying with us was the thief stealing my panties. I’d had one pair after the other go missing and I had a feeling he had a panty fetish. And was the one taking them, most likely to jerk off with them. So I concocted a plan to beat him at his own game. I rigged my bedroom door to lock from the outside and shut when entered. I’d invited a bi friend of mine over to help. I’d left some dirty pairs on the floor and on the end of the bed. So if you walked past the semi open door you couldn’t miss them.

My bi friend pushed him on the bed

He took the bait. He pushed open the door, and when he entered the room, the door closed and locked behind him.  And He was trapped, I started to laugh, my bi friend started to laugh. He was caged in there like an animal and soon pounding on the door to be let out. We went to the door and unlocked it, but we didn’t let him out, we went in and relocked it. My bi friend pushed him on the bed on his stomach and said he knew he’d been stealing my panties, that he was nothing more than a common panty thief with a panty fetish. He couldn’t deny it of course. My bi friend soon stripped him down as I helped to hold him. And he soon had a cock up his tight ass.

I’d shoved a pair of my panties he’d stuffed in his pocket in his mouth to quiet his screams. But it was to no avail, he was carrying on like an idiot. I was having a hard time containing my laughter at the whole scene. His panty fetish had certainly spiraled way out of control and he was getting a hell of a lot more than he bargained for when. He walked into my room I’d laid as a trap for him. He deserved it as far as I was concerned. And  He never expected to held down and fucked by another guy. But you steal from someone, things can sometimes get a bit out of hand if you’re caught. It goes with the territory.

I kept calling him a panty thief, and a panty fetish pervert

I doubt he will ever steal anything ever again after this ordeal. And I looked down and could see my friends hard cock disappearing up his ass. He was squirming and struggling and trying to get away. I kept calling him a panty thief, and a panty fetish pervert.

And he was crying as he was getting fucked up the ass against his will. It was a night none of us will ever forget, to be sure. As my friend was fucking him, he kept goading on the thief on the bed saying things like you deserve it, you’re a thief, take that you fucker. It was a bit of a bizarre situation, but after my friend came in his ass. He got up off the bed, pulled his clothes back on and left. He didn’t even take his stuff. I don’t think he will be staying here anymore after the lesson we taught him.