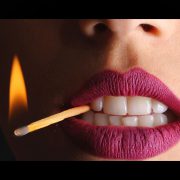 Though, to be honest, I never thought my adventures would take me into an orgasm denial story. I worked at a small gift shop in town over the summer. The shop owners were a couple: an older woman who was never home and a sleazy older man who kept making inappropriate comments when I was at work.

Why did I put up with the job, you ask? Simple: I needed money to save up for my year abroad in China, and I’m in an area where there aren’t a lot of jobs. Tourist season- the summer- has a lot of money opportunities for a gal like me. So I took the job that paid the most, knowing full well there was a pervert of a boss waiting for me.

But you see, I had a trick for him. I’d make him into one of those revenge sex stories.

I knew my boss’s reputation from all of my friends. They’d come back to school near tears about how he’d corner them. They’d text how he’d slapped their ass that day. So I decided to take control of this guy least I was the one preyed on. I wore low cut shirts, put in my tongue ring (to play with), and drew more attention to my mouth with hot-red lipstick. I kept my hair pulled back and my shorts up. When I walked in, he couldn’t take his eyes off me. I was his naughty young-girl fantasy come to life.

That isn’t to say he didn’t try to torture me right back. Sometimes he’d lock the door to our gift shop way too early in hopes my friends wouldn’t come in. Other times, he’d brush his hand against my ass, or bend down next to me looking for “supplies”. Once he put his arms around me in an attempt to “help” me on the register, his crotch against my ass. More than once, he invited me to his empty home or asked what an “adult” girl like me was doing still in our town.

So finally, on my last day near the end of the summer, I told my friends to wait outside in the car and closed up shop with him.

I wasn’t surprised my boss had managed to worm his way around me to breathe in my ear. His hands began to massage my shoulders, and he pressed a kiss to my neck. “I mean, you’ve been my hardest worker… maybe I can show you some appreciation?”

I said nothing, continuing to count the cash. This orgasm denial story seemed on-task, I thought to myself. While I was thinking, he got fed up and slammed the money into the drawer and shut it. He continued to move his hands down and then up my shirt, gripping on my tits. I sent a text to my friend: 5 min.

I remained unafraid. Instead, I leaned over and pressed my mouth against his chin. This orgasm denial story would end in success for me.

His whole body lit up. Immediately he lifted me onto the counter, tearing my shirt off and sucking on my tits. I responded by wrapping my legs around him, letting him rut up through his jeans against me.

“I knew you were a little slut,” he murmured into my neck. His mouth placed hickeys up and down my skin. I gave him one, too, through repeated kisses- one on the underside of his chin, where his shaven face couldn’t hide it very well. His hands began to slide my pants downwards, and I gasped into his ear.

He let me slip down, and I undid his pants, letting them fall around at his ankles. I smirked up at him, smiling, and kissed the length of his cock. I held it against my cheeks and rubbed it over my lips like I was worshipping him. Really, I don’t think he noticed I was putting on a show.

So I stroked that cock, moving it up and down my breasts, playing with his balls. His cock was nice and hard, and now it was leaking precum. His face loomed above me. I bet he thought me pinned between his crotch and the register counter. “I’m gonna come all over that pretty face of yours.” He began reaching for his cock when I reached for it first.

And I squeezed lightly at first. Then, I squeezed down on his frenulum as hard as I could, watching his face wince in pain. I’d kept his orgasm from erupting, and I laughed at him. “Dirty old man,” I shouted at him, running to the door without my clothes on. “Enjoy those blue balls of yours, pervert!” My friends were my getaway drivers.

So, I didn’t get my final paycheck. However, he never bothered another girl in town again.

How was that for an orgasm denial story?

If you want to hear more, hit me up for some teen phone sex!