A Mummification Fetish Can Render Him Completely Helpless. 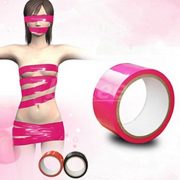 I met this guy online recently who asked if I knew how to facilitate a mummification fetish.

Before this, I had little knowledge of the mummification fetish. I met a potential customer online and he asked me if I do mummification. Then I did a bit of research online about the process and safety procedures. I was a little nervous to do it at first, especially after having read horror stories about people not telling the dominatrix that they are allergic to latex. Or suffocation stories! The last thing I needed was a giant liability. He offered me an amount that would ease that concern. Everyone knows I have a price for everything. So, I made sure that I was well versed in the process as well as safety. It was going to be a full body procedure. When he arrived at my door, he was just as I expected.

He had white hair and was balding. He was quite old, short, wealthy and had glasses. I led him into the basement and ordered him to strip. He obeyed excitedly and I made him sign a super thorough waiver, just in case he got like a heart attack or something. I grabbed the bag that I told him to bring me and laid out all of my tools. I made him bend over this bench and grab his ankles. Then I grabbed the butt-plug off of the counter and pressed it into his ass. I gave him a nice little spanking with the back of my hairbrush once it was in. I made him stand up and spread his legs.

Then I took the chastity belt which was equipped with a sounding device and place it on him, fastened it, and locked it so he could not escape.

This device had a nice little ball-cage as well. I made him close his legs and place his hands at his side. His task, during his little time out, was to meditate thinking about me, his goddess. He was to worship me and think about how he would better dedicate his life to serving me. I pulled the ball-gag out of the bag and stuck it in his mouth. Then I fastened it behind his head. I stuffed earplugs into his ears. Then I took a latex mask out of my bag next and slid it over his face. He had room to breathe through his nose. Our safe word, if you will, was a brisk shake of the head four times. I grabbed the cling film off of the counter and I began at his shoulders. Then I wrapped and moved slowly around him.

As snug as he could get without posing too dangerous. I worked my way down until I finally reached his feet. As I finished with his ankles, I pressed the film into itself. Then I pressed him onto the bench so he tipped over and laid flat on his back on top of it. Then, I took a series of leather straps and strapped him down to the table. I placed a strap across his chest, one across his belly, one across his thighs and one across his ankles. I left him there while I watched tv on my laptop with my legs resting on top of him. They were near his chin so I would feel if he shook his head at all. The mask blocked out the light. Only sensory deprivation for him from then on. he really did have a mummification fetish. His breathing grew regular.

I left him there for four hours, two movies.

Finally, his time was up and he was still breathing. First I removed the straps, then I took the pair of scissors and began between his two ankles. I slowly cut all the way up until the wrap was off. I removed the earplugs and ordered him to sit up. Then I removed the mask and the ball-gag from his mouth. He stood up and stretched his back for a moment. Then he began thanking me for my time. He did his homework while he was in there. I made him keep the buttplug in his ass as well as the chastity belt. One successful mummification fetish achieved! Then I sent him on his way.

For fetish phone sex give me a call! Read more of my blogs for an underground sex dungeon!