Some of My Favorite Impact Marks Are Leather Strap Welts. 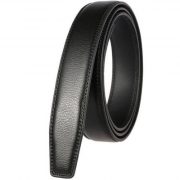 I love painting a pretty ass pink with some leather strap welts.

Masochists and sadists all around would agree that some leather strap welts can be quite sexy. I love covering a pretty pale ass in some leather strap welts. A nice thick leather belt will serve just fine as a punishment tool. I had a little bit of fun with this sub girl of mine. She came over, and I decided to play a little game with her. I have found that the further I delve into the fetish scene, the more ass I get. So many subby girls! So many masochists, excitedly waiting for me to torture and beat them. That isn’t to say I don’t enjoy giving power and control as much as I enjoy taking it. I love both. I love being a good girl for daddy, and I love being a cold-hearted authoritarian.

More people than I expected want to get their ass torn apart by a tiny, little, ninety-pound girl. I always pictured this big, muscley, deep-voiced, femme-fatale to be this type. Who knew that a little 5ft 2in cheerleader, with a soft and tiny voice, might be precisely what some subs are looking for. Don’t get me wrong; I am fit. Fit enough to run six miles a day and fit enough to deliver 200 lashes, then pick up the pieces of your broken dignity. I hate yelling. If I want someone to do my bidding, I will whisper sweet manipulations to them and mind-fuck them into my servitude. I need not raise my voice to produce results. This falls entirely under the caretaker fetish.

A sweet, gentle soul is capable of shocking cruelty and sadism.

If she came, however, I would beat her ass mercilessly. I took my wand and sat cross-legged between her thighs, making extra sure that she was immobile and available to me. My knees pressed her legs apart. I turned on the vibrating wand and pressed it to her. Her eyes darted frantically around the room to grasp some form of distraction. She survived three minutes, and she came. Then, as promised, I untied her, but I left her arms bound. I flipped her over on her stomach and pulled out my fancy leather strap. Then, I began. Some nice light taps to give her an idea of the weight of the instrument. Then, some heavier, crisper slaps.

I let her know that she was to receive punishment as a result of her being such a slut.

Then, I let the weight of the belt really crash down on her. I started at the top of her ass, and as redness and swelling began, I traveled downward. I went much easier on her thighs. Then, I told her that she did not get to cum again until after I finished beating her ass. I beat her ass until red striped welts rose, and her whole ass turned pink. I even took a picture of it so she could see what I did later. After I felt satisfied with her punishment, I moved her forward and onto the edge of my bed. She sat on her tender leather strap welts. Her arms still tightly restricted behind her back.

For fetish phone sex call me! Read more of my blogs for corporal punishment play!