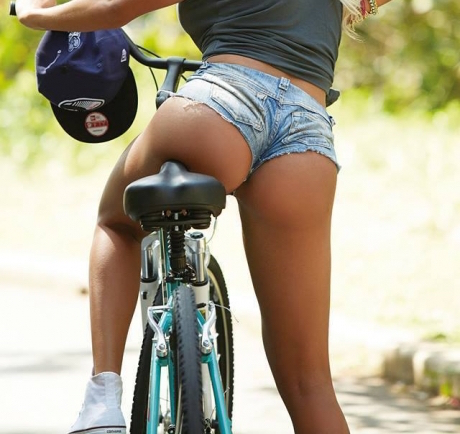 I thought I could easily shove aside last night’s kinky sex stories and naughty dreams but it wasn’t the case.

After a few miles, the tension was unbearable. My pussy was practically humping the bike seat despite the fact there were several joggers and bikers around. Not that I really cared, but I pretty much exploded all over the bike seat in front of everyone. And it didn’t stop there. I came, over and over again and I wasn’t quiet either! Ooops!

The best part was feeling a nice trickle of sweet pussy juice running down my thigh as I continued pedaling.

Definitely one of the best fucking workouts I ever had…!