impregnation fantasy; He Wants To Breed Me 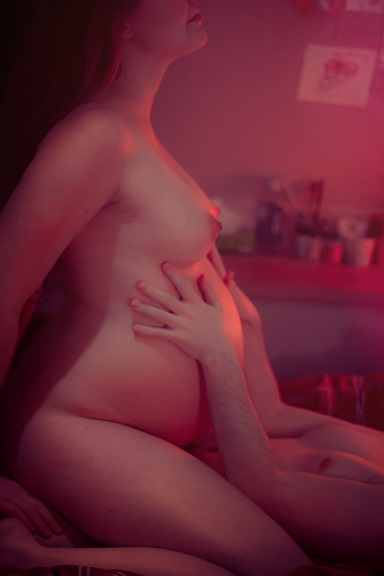 He Has An Interesting Fetish

I’ve been dating this very nice guy for a while, he’s kind of shy. I started to talk about fantasies and fetishes one night and asked him if he had any. From the look on his face I thought he might be about to tell me one of his embarrassing sex stories. He blushed a little and said he had a real thing for impregnation fantasy. I said I didn’t want any kids, but I saw the appeal of such a fantasy. The intimacy and closeness that would feel like to have someone’s child inside of you. He asked if I was ok talking about it when we had sex. I said of course it was. We made love later that night.

We made love in the missionary position and I held him so tightly. I told him I wanted his seed to flood my womb and make me pregnant. I literally felt his cock twitch inside of me when I said those words, so he was loving it.  And I said I wanted to feel the tip of his cock touch the opening of my cervix. I wanted the best possible chances of conception. It really was kind of sexy, even though I’m not into kids, I liked the intimacy of it. It was more special than it usually was.

I was telling him how my breasts would grow larger and larger and become filled with milk. He could nurse on me and suck those milk filled titties any time he wanted. As my belly grows, so will your desire for me. I loved saying things like this to him, I knew they turned him on a lot. And I swear he even came more when I said things like this that triggered him. I could feel his cum filled balls drain into me as if he was trying to breed me. It brought our sex life to a whole new level of intimacy.

I Loved Thinking That His Baby Was Growing Inside Me

He said he’d been with a pregnant woman in the past and he’d never gotten over it. His impregnation fantasy was turning me on as well. I loved the thought of his baby growing inside of me, getting a bit bigger every week. His cock would get harder the more I would say such things. When I’d ride his cock, I’d even try and stick my stomach out to look pregnant. He loved my efforts and that I was trying. He said his fetish wasn’t arousing for all women, but I was beginning to enjoy it.