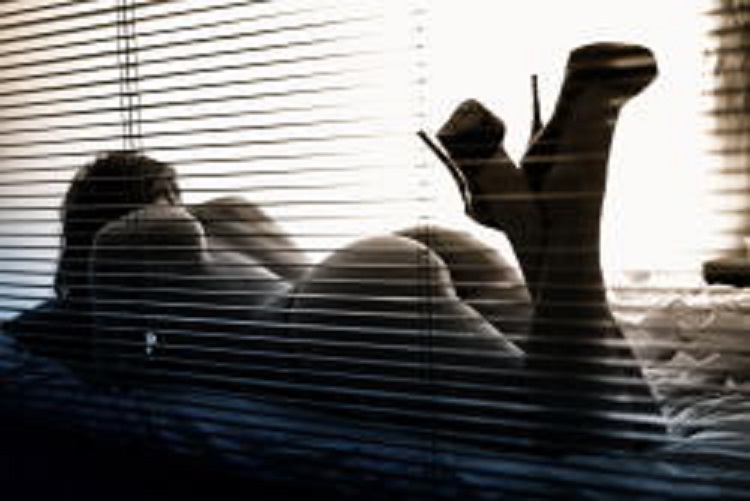 I Thought I was Being Stalked 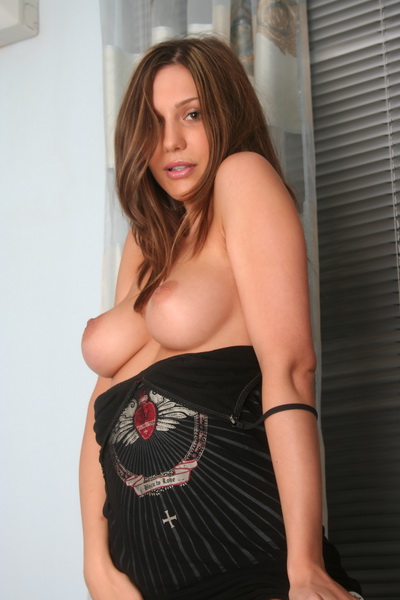 I have several embarrassing sex stories , not a doubt every single one of us does. But not too long ago I thought I was being stalked, but it wasn’t what it seemed like. I like to walk around in the nude. And because I live on a higher floor, I usually don’t worry about the window blinds or curtains being left open. Unless someone had a telescope or binoculars, I’m pretty safe from being seen. Well some people DO have them and use them, as I soon found out. It started that I was getting these anonymous notes being left under my door. I was a bit creeped out honestly, but they weren’t threatening.

This continued for several weeks, and would say things like, “You’re really pretty,” “I love your body,” “I’d love to kiss you.” Complimentary things, so I began to think it was a secret admirer. As the weeks went by, they got bolder and soon asked to meet. I figured there wasn’t much danger at a coffee shop, and they already knew where I lived. So I went, and when this woman approached me. I thought it was the waitress, but she sat down across from me and told me once again how pretty I looked. It all began to sink in…It Wasn’t a man sending the notes, it was a woman!

This Was Embarrassing And Shocking

I couldn’t believe this. She was actually very pretty herself. So I was a bit speechless. She said she was bisexual and she could appreciate a beautiful woman as well as a handsome man. And had I ever been with a woman before? Of all my embarrassing sex stories , one of them did involve another girl actually, but that’s a story for another time. I looked a bit sheepish, and said I’d done a few things with girls. But not a lot. She asked if I’d like to try. With her. I was intrigued, to be sure.

I Was Attracted To Her Immediately

And I was attracted to her and was not adverse to such an idea. So I invited her back to my place for a drink. And we chatted and she motioned to the window and said her condo unit was across the courtyard from mine. She watched me sometimes at night. She put down her drink and leaned over and kissed me. And I didn’t stop her. I kissed her passionately, and it felt great. I can’t believe the person leaving those notes was a woman!

She Knew How To Make Me Feel Great

Her hand was soon under my sweater and rubbing my nipple and getting it hard. And then I felt her other hand go under my skirt and creep up my leg. She began to rub my pussy through the panties. I was bucking against her hand and she was really moving those fingers.   So I told her to put them inside the panties and once I felt skin upon skin. I was soon nearly going crazy, and she slid them into my pussy. She worked my clit with her thumb and I was cumming on her hand in no time. I was very satisfied, and had never gone that far with another woman before, but I liked it. This wasn’t one of my more embarrassing sex stories , but it was a fun one and I looked forward to playing with this lady again and getting to know her better.