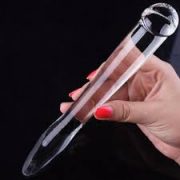 We waited for about four hours for the tray to freeze!

I felt the pressure building and a slippery mess flooded out of my pussy! Maybe, ice was more of my thing than I thought!

Call me for some fetish phone sex!  Read more to hear about my textured sex toys!