I Couldn’t Believe My First Time With a Huge Strap On! 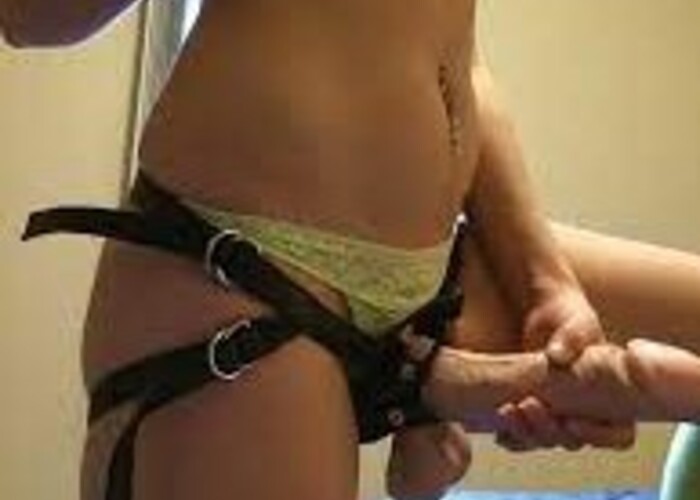 I confess, I have had fantasies of using a huge strap on with a guy for years.  I even bought myself one last year in the hopes that I would find a man willing to play with me. Imagine my surprise when my girlfriend told me she had just the guy.

My girlfriend and I were talking one night

She told me that she had been dating a guy for a bit. Unfortunately, they didn’t click. But I pushed a little and asked why not. After a few glasses of wine, she opened up. Turns out, they weren’t compatible in the bedroom.

He was into huge strap ons

She admitted that she was submissive. She liked a man to take charge. And her new guy wanted her to be dominant. So dominant that he asked if she would wear a huge strap on and fuck him. “I just can’t do it,” she told me.

But the moment she said it, I had an idea. This might work out in my favor. But I wanted to be a supportive friend first. So, I mentioned that I had always wanted to try wearing a huge strap on. Even admitting that I had one sitting in my closet already. I suggested maybe she give it a try. Be more open.

Huge strap ons were not her thing

Despite me trying to convince her to give it a shot, she declined.  However, she did tell me that it wasn’t a serious relationship. And she’d be willing to introduce me to him if I’d like. My hot wet pussy was already dripping just thinking about it.  I couldn’t wait to meet him!

We met for a drink

She didn’t tell me how sexy he was! He was tall, built, incredibly handsome. My girl was looking out for me. We hit it off right away. By the time he asked if I wanted to come back to his place, I practically jumped in his arms.

As soon as we walked in the door, I pushed him down on the couch. Taking out that big cock, I put it right in my mouth.  I licked his shaft up and down, twirling my tongue around the tip of his cock. He was moaning so loudly. He began to groan even more as I started to tug on his balls. So, I reached my hand back and slid my finger between his ass cheeks.

So it was time to get my huge strap on out

But he was in for a surprise! He had no idea that I had insider knowledge about what he liked. I asked if we could go to the bedroom. During the walk there, I grabbed my purse. Inside was my huge strap on.  I couldn’t wait to try it out!

I had him lie on the bed

He complied, lying down on his stomach on the bed. I pulled the huge strap on out of my purse and put it on. Even I had to admire the 10-inch cock between my legs. As a result, he looked over his shoulder to see what I was doing. His eyes got wide. And he had the biggest smile I had ever seen.

It was time to have some fun

I poured a little lube on my finger and slid it right into his asshole. Because of that, he gasped. Then he instantly relaxed. I pressed that huge strap on right against his hole and slid it right in. And his moans became softer and even sexier. So I started to pick up the pace.

He was begging for more

Want to hear more and have the best phone sex?  Call me!