I Was Humiliating Two Subs, And I Showed This Couple I Owned Them! 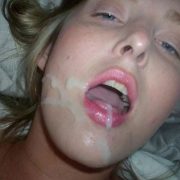 I met this couple and reached a point with them where I was humiliating two subs.

I had no experience with humiliating two subs, but I had already been dominating and playing around with them. Recently, I have discovered the wonderful and attentive world of online hookup apps. There are many pros and cons. It can run a little unsafe for a ninety-pound little girl like me, you never know if you are going to get what was promised, and many people do not have the conviction to see anything through. With anonymity comes cowardice. However, it is, for the most part, excellent — a voice for those who hide. I am certainly not lonely or desperate as are many of the weasely me I find on there; I am looking for something new. I like new things.

Something different! I want a jaw-dropping!  Something about experiencing the unexperienced just gets me off. I craved something fresh and revitalizing or taboo and shocking. Because I wanted casual sex, I created a profile that said I was looking for casual, drama free, fun. As I had mentioned in my previous blog, I encountered a submissive couple. Once we started talking, I got both their numbers and started texting them both through a group message. My relationship has sort of grown with them, as we are now full-on friends with benefits. Many weekends, they come over to my house, and we play. Last week, in particular, I focused more on the humiliating two subs idea than the dominating two subs idea.

They were a bit younger than me, so I could use the age card on them.

They were both much taller than me. Surprise, surprise. Who isn’t? I ordered the guy to undress the girl in front of me. I already had my drawer full of toys at hand. Once she was fully naked, I had her bend over my knees again. I grabbed her by the hair, pulled her head back, and kissed her neck. Then, I told the guy, “I’m going to violate your girlfriend, and there is nothing you can do about it. I know you like it when I violate her. You can’t stop me ’cause you fucking like it.” Then I told him to pull his dick out. He tried to test me and asked what if he refused. Tsk tsk tsk. I told him if he refused, I fuck his girlfriend with a strapon so extensive, that she would never be able to feel his dick again.

Call me for some fetish phone sex!